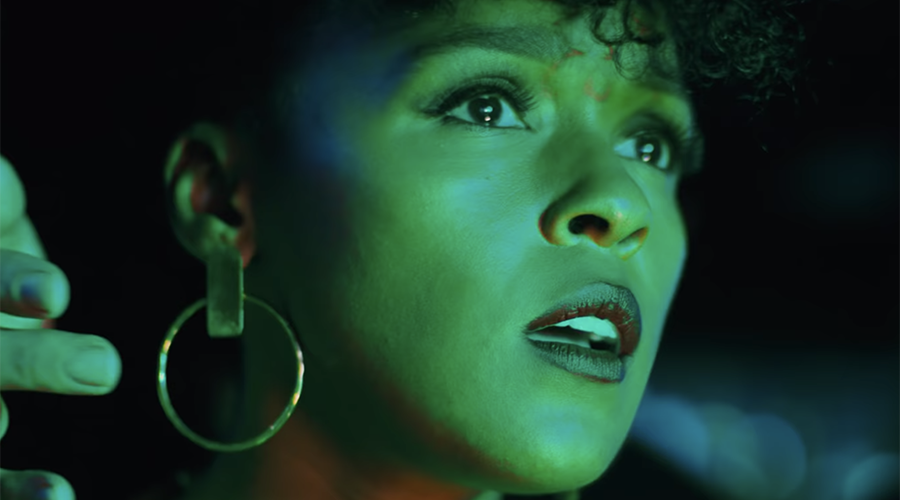 From a very long single camera establishing shot, we are dropped into a Civil War-era plantation, one where the slaves are treated very harshly. The main focus in on a female slave called Eden (Janelle Monáe). At the height of this slice of horrible reality, Eden is jolted from her sleep by the sound of a modern-day cell phone.

She wakes up in a present-day apartment with a loving husband Nick (Marque Richardson) and cute as a button daughter Kennedi (London Boyce). In this reality, she is Veronica Henley, a successful professor, and author. On this day she is leaving home on a book tour and engaging in a series of lectures. Things don’t go well.

The film is unsuccessful at building suspense and littered with flaws of story and character. For example, when Veronica hooks up with her gal pals for a night out on the town, she and her friends’ actions are so off-putting you strain to relate to them. Then when the big reveal finally happens on screen, you have long known what was afoot and the suspense has completely dissipated.

The topics Antebellum touches on are extremely relevant and important in these times of focus on the wrongs that have been long perpetrated onto people of colour but it’s handled in such a ham-fisted and cliche-ridden way, it loses most of its impact. Some moments have meaning but they drown in a sea of mediocrity.