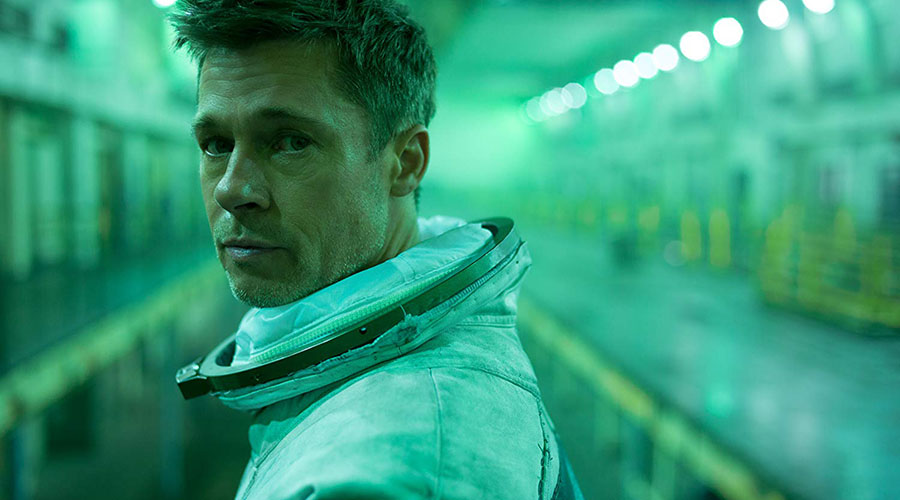 Defying easy description, Ad Astra attempts to answer some big questions. Meaning “to the stars” in Latin, the work uses the emptiness of space to mirror the emptiness eating away at the insides of Roy McBride (Brad Pitt), a second generation Astronaut.

He has difficulty connecting with his fellow humans including his wife Eve (Liv Tyler). As a career military space traveler, he feels more comfortable in the isolation of space than on Earth. He also feels a deep loss as his father had disappeared long ago while on a mission to Neptune.

He escapes death while working on a transmission tower that reaches up to the edge of space after it is struck by a rouge electrical storm. This event leads him to a mission that will alter him forever. He is given top secret information that his father might still be alive and in some ways contributing to the events that endangered the tower.

Ad Astra plays out like a cross between Apocalypse Now and 2001: A Space Odyssey. Director James Gray is on record comparing it to Joseph Conrad’s novel Heart of Darkness, the story that formed the basis of Francis Ford Coppola’s 1979 film. The outer space settings is used as a backdrop for an examination of the human condition. Why are we here, are there other living beings out is space, is there divinity or does the divinity only reside in ourselves?