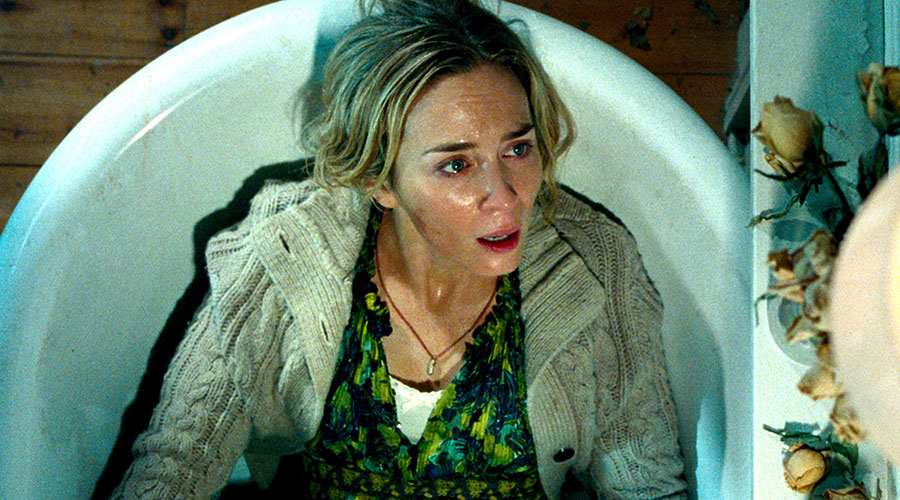 A Quiet Place is the most effective scary movie of this generation. It packs so much intensity into its 90 minute running time that you hardly have time to breath. It’s absence of conventional sound track and audio cues and the almost complete lack of dialogue transforms the cinematic experience.

It also feature a screenplay that plants details in such an intelligent way that when things come to fruition, they make much more sense. There are no moments of the oblivious ignorance of illogical plot devices due to lazy writing that plague so many horror films.

The story revolves around new life forms (alien or not, it is never completely explained) that are driven by sounds, so the population now has to live in complete silence.To make even the smallest of sounds is to die a horrible death. The structure of the film creates a similar tension during the act of watching it, minus the part of actually getting ripped to pieces.

As well as the film handles the tension with its ebb and flow of terror, it also draws the film to a close is a next to perfect fashion. How many horror films have been invalidated by a lazy or nonsensical ending? Even if you are not a fan of this particular genre, you must go see A Quiet Place.