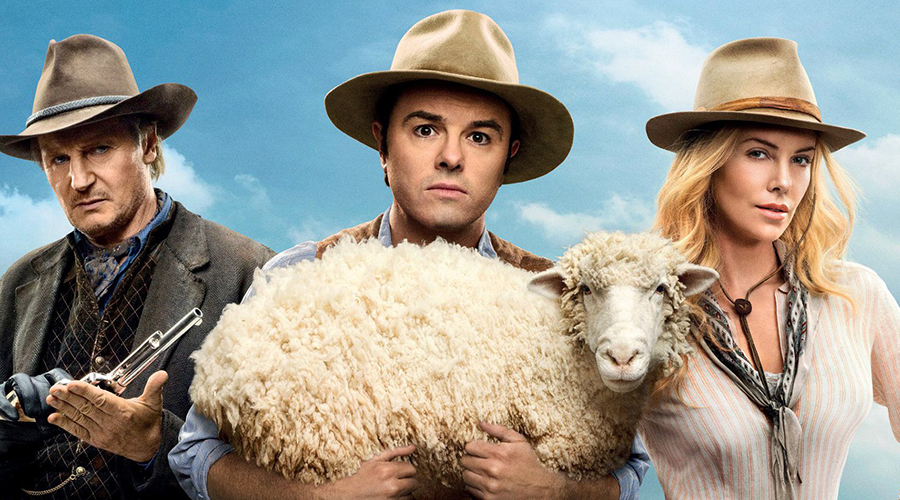 A Million Ways To Die In The West Movie Review

There are a number of things that stand in the way of A Million Ways To Die In The West from becoming this generation’s Blazing Saddles. Back in 1974, Blazing Saddles set a high watermark of bad taste, risqué humour and of pushing the boundaries of acceptable cinema comedy of its time. This film plays it too safe.

The biggest obstacle the film fails to overcome is in one of its lead castings as writer/director Seth MacFarlane is a very average actor and his role is not helped at all by the awkwardness of the writing. MacFarlane’s take on a modern day intellectual being able to deal with the brutal ways of the early American west ends up falling very flat. The rest of the actors are well cast but head bad guy Liam Neeson is given very little to do.

It’s a sign of our conservative times that even when attempting to be cutting edge and genre expanding, there are so many topics perceived to be out of bounds. It makes almost all comedies, even the ones that are trying to be shocking, ultimately quite mundane. MacFarlane tries his usual scattershot approach and along with his animation efforts like Family Guy and The Cleveland Show occasionally kicks the funny bone.

It’s doubtful that future generations will look back on this film as referential but for modern day viewers this is as out there as any money making cinematic effort of this generation. Hopefully the future will give filmmakers the ability to really push the boundaries of what constitutes shock comedy.