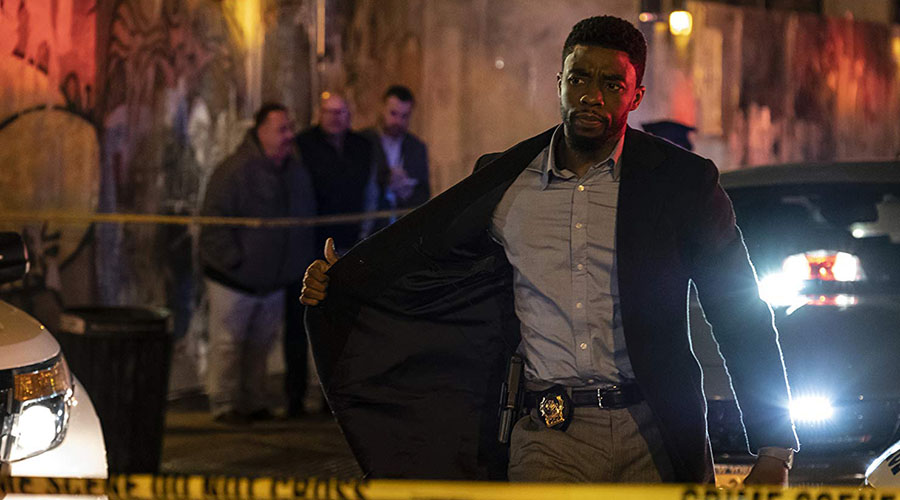 With all the tax benefits being offered for filming in cities other than New York, it seems like it’s been ages since the Big Apple has been featured so prominently on the silver screen. 21 Bridges uses large swatches of that identifiable canvas to great effect. The visuals are impressive, the story not so much.

Starting with a drug heist that goes seriously awry and causes the death of eight policemen, this sets up what one hopes will be a clever manhunt where the police use street smarts and good detective work to find the perpetrators and bring them to justice.

What actually transpires though is a by the book dirty cop scenario where you have little doubt about the players and which side of the law they reside on. Chadwick Boseman is accomplished as Detective Andre Davis, a policeman known for his high body count and well preserved principals. He is given too little to work with.

The running time is short at 99 minutes and packed with gun fights and chase scenes. The action however is kinetic and is pushed along by predictable behaviours and not by educated or clever deductions. It has energy and provides some visceral thrills but ones that are bereft of intellect or surprise.
Rob Hudson
www.facebook.com/roadshow