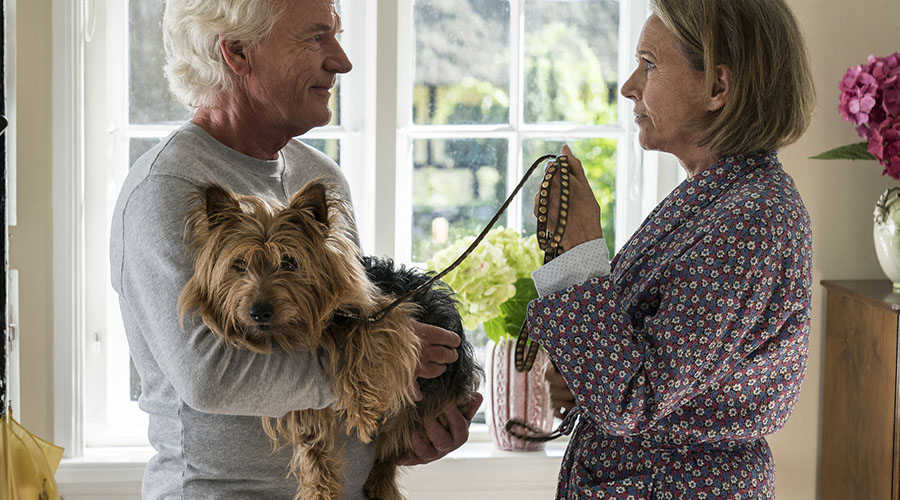 This slice of autumn life says a lot about the unashamed way Denmark views sex and speaks well about the freedoms allowed by the foreign film festival concept. Films made outside the limitations of Hollywood are allowed to be more realistic. Happy Ending could have never be made in tinseltown as the actors cast would have to be pretty young things and then the realism would have been gone.

Helle (Birthe Neumann) is living a life of waiting. Waiting for her husband Peter (Kurt Ravn) to retire from his sixty-hour a week job so they can actually have a life together. When the time finally arrives, Peter surprises her by announcing that he is leaving and wants a divorce. What comes after is the basis for the film.

Both Helle and Peter are both in their seventies and their travels into single’s lives lead to some seriously crazy and hilarious situations. Their age plays a part only insomuch as the situations that arise seem so universal and are more humorous because of that fact.

The film plays out in two parts as the first half verges on almost being a bit depressing as the break comes into play, while the second half ramps up the romping and is much more uplifting until it arrives at a most enjoyable ending. This might be a departure from real life but it is satisfying nonetheless.
Rob Hudson