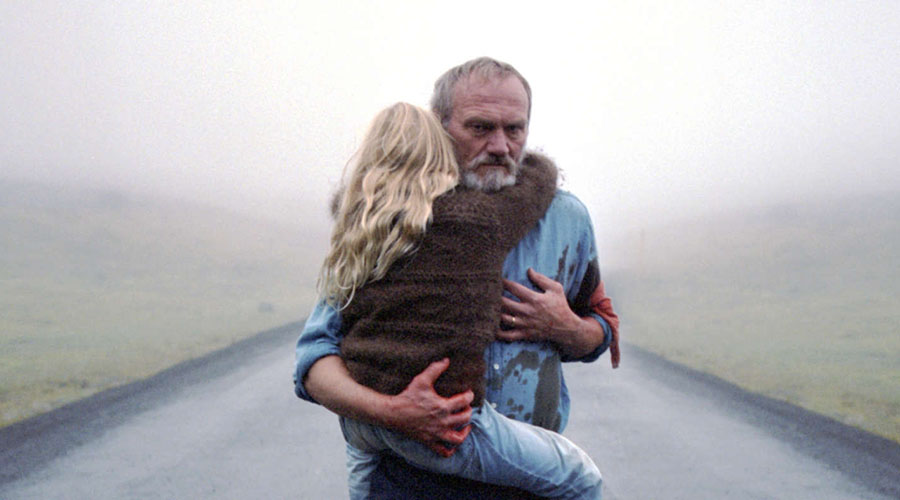 The centerpiece selection is Iceland’s breathtaking A WHITE, WHITE DAY (Hvítur, Hvítur Dagur). Fresh from its praised premiere in this year’s Cannes Film Festival, award-winning director Hlynur Palmason confirms the considerable promise of his multi award-winning debut Winter Brothers with this spellbinding and darkly humorous new drama about a stoic man whose emotional reserves are pushed to their limits.

The festival offers two Special Presentations: Berlin Film Festival Silver Bear-winner OUT STEALING HORSES (Ut og stjæle hester), a loving adaptation of Norwegian novelist Per Petterson’s international bestseller starring Stellan Skarsgård, praised for its powerful evocation of the inner lives of men tormented by their past; and Klaus Härö’s (The Fencer, 2015), bittersweet and moving Finnish drama ONE LAST DEAL (Tuntematon mestari), which follows an aging art dealer as he is presented with one final opportunity to fix his broken life and reconnect with his estranged daughter and grandson.

Spotlighting Nordic Noir, the highly anticipated fourth and final instalment of the Department Q series is here: THE PURITY OF VENGEANCE (Journal 64) which reunites actors Nikolaj Lie Kaas and Fares Fares to achieve nothing short of an engrossing finale which has been widely heralded as the best of the series and has broken all box office records to become the highest-grossing Danish film ever.
In accompaniment, the festival will present the previous three cinematic renderings of Jussi Adler Olsen’s blockbuster novels: THE KEEPER OF LOST CAUSES (2013), THE ABSENT ONE (2014) and A CONSPIRACY OF FAITH (2016).

The popularity of modern Scandinavian mysteries that have swept the globe have been led by author Stieg Larsson. To commemorate the man who brought noir to the masses, this edition of the festival will present STIEG LARSSON: THE MAN WHO PLAYED WITH FIRE an insight into the author’s meticulously researched and politically charged archives. The documentary reveals a man who was determined to protect the endangered principles of democracy and freedom at any cost. In accompaniment, the festival presents a retrospective of the tremendously successful Millennium Trilogy Swedish films: THE GIRL WITH THE DRAGON TATTOO (2009), THE GIRL WHO PLAYED WITH FIRE (2009) and THE GIRL WHO KICKED THE HORNETS’ NEST (2010).

From Denmark – rising talent Ulaa Salim’s first feature SONS OF DENMARK (Danmarks sønner) was nominated for best Nordic film at the 2019 Göteborg Film Festival for its compelling prediction for a dangerous future where different forms of extremism collide; and at the other end of the spectrum, laughs can be had with THAT TIME OF YEAR (Den tid på året), in which multi- faceted actor/director Paprika Steen illuminates identifiable Christmas Day family catastrophes with hilarious results; and the experimental X&Y in which Venice Film Festival award-winning artist and filmmaker Anna Odell presents a stimulating exploration of hidden female/male identities featuring a stellar cast hailing from Sweden and Denmark.

The festival also represents the Nordic countries Iceland and Finland with these additional cinematic gems:
From Iceland – the essential and harrowing addiction drama LET ME FALL (Lof mér að falla) enjoyed a hugely successful world premiere at the Toronto International Film Festival where it was celebrated by critics and audiences alike for the stellar performances and enthralling direction by Baldvin Z (Life in a Fishbowl, 2014).

From Finland – THE VIOLIN PLAYER (Viulisti) is the impressive directorial debut from award-winning Finnish playwright Paavo Westerberg, who creates a glossy character study of a famous violinist and her young student; and proving Nordic cinema is far more than just noir, from official selection at SXSW Film Festival and a nominee for Best Nordic Film at the Göteborg Film Festival comes the wicked and tender rom-com AURORA in which commitment-phobic party girl Aurora and Iranian refugee Darian agree to help each other in unconventional but vital ways.