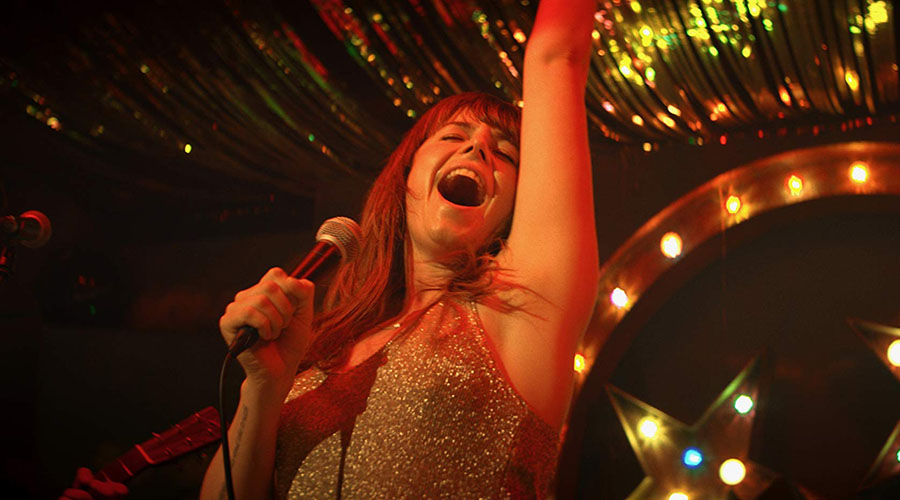 Set in Glasgow, Scotland with its wonderful and at time indecipherable dialect, Wild Rose is about a woman with big dreams. Rose-Lynn is a country singer and the mother of two young children. She is also a train wreck with anger issues and a knack for self sabotage.

Jessie Buckley (Chernobyl and Beast) is transcendent as the singer with a short fuse and a tendency to implode. Buckley is also a very talented singer and her beautiful voice adds a large degree of poignancy to the scenes in which she sings. The is especially true in the moments she delivers those songs a cappella.

Rose-Lynn’s impulsive nature has led to many a bad situation. It contributed to her incarceration and absenteeism from the duties of being a parent. Her loving mother played with a warm touch by Julie Walters has been there for her, even looking after the children while she was behind bars but she is now running out of patience.

As the story unfolds, there are those moments where the ring of truth out weighs the normal contrivances that blight most films of this ilk. The movie finishes with a final scene that is most satisfying with its lack of grandiosity. Wild Rose has a warm honesty that is truly endearing.