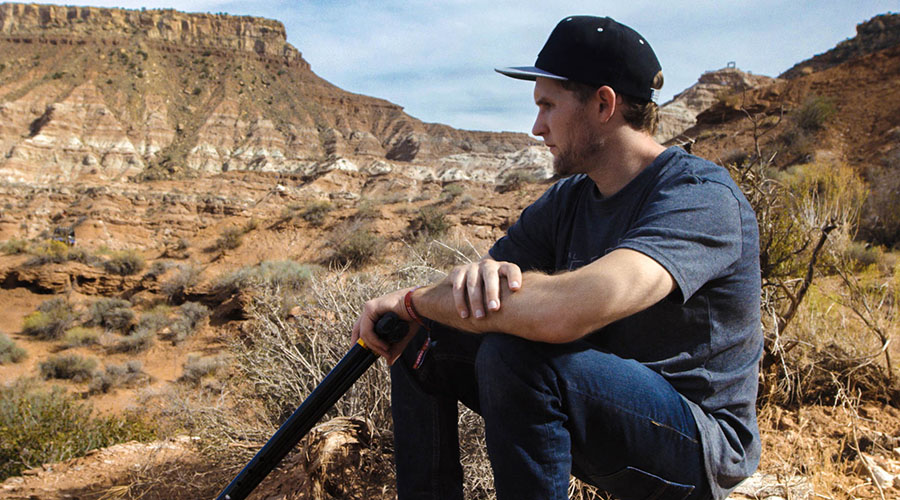 Any One Of Us Movie Review

So many of my hobbies involve risk. Being a cyclist both on and off the road has so much risk attached to it. It’s ever present but you put it to the back of your mind. After falling often enough throughout the years, you do learn to fall. You convince yourself that will save you in most cases.

Professional mountain biker Paul Basagoitia had an accident at the 2015 edition of an event called Rampage that forever changed his life. The event to those that have no knowledge is a little difficult to explain. It involves athletes on mountain bikes basically throwing themselves off cliffs. The margin for error is very small and it takes the best in the world to even attempt it, let alone win it.

When Paul fell on that day in 2015 he suffered a severe back and spinal cord injury and lost the use of his legs. His story is remarkable not just for the iron will and resolve shown in his recovery but for the access he allowed to his personal life during that period. It’s an unflinching look and impossible to ignore emotionally. The film also focuses on others (from more normal walks of life) that also suffered catastrophic spinal cord injuries.

Paul’s humility in the face of the difficulties ahead of him is never less than inspiring and the other people featured in the film are equal in that respect. Research on spinal cord injuries does not receive the funding that it should and hopefully films like Any One Of Us will have a positive effect on that. For information on what you can do go to:
www.spinalcure.org.au
or
www.wingsforlife.com
Rob Hudson