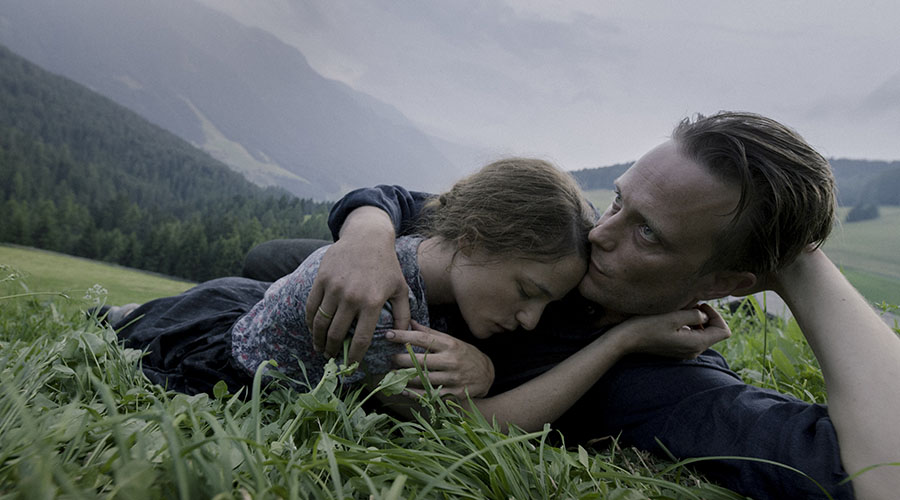 There are no filmmakers operating today that ask more investment from their audience than Terrence Malick. With his new film A Hidden Life, he has really thrown down the gauntlet. It’s long, 174 minutes long, beautiful to look at, filled with remarkable performances and will rip your heart out.

Malick’s screenplay is based on the real life of Franz Jägerstätter, an Austrian who was a conscientious objector during World War II and refused to swear an allegiance to Hitler. He suffered severe consequences because of this. Jägerstätter is played with great dignity by August Diehl, better known to Western audiences as Major Hellstrom in Quentin Tarantino’s Inglourious Basterds.

This examination of staying true to your principals even at great personal cost will test your ability to imagine having the same strength in what were horrendous circumstances. Visually, Jägerstätter’s hellish incarceration is starkly contrasted by the majestic surrounds of his native land and the simple beauty of his wife and three little girls. Malick spends a great deal of time establishing this overpowering splendour.

Also unconventionally, there are large blocks of German dialect with no subtitles, it forces you to pick up on the nuances and tone to gleam the inflection. This technique works most of the time, especially when Jägerstätter is copping abuse from his prison guards but less so with the dialogue with his lawyer and conversations with the townspeople. This is art, not commerce and should be treated as such. It is a challenge but well worth the effort.