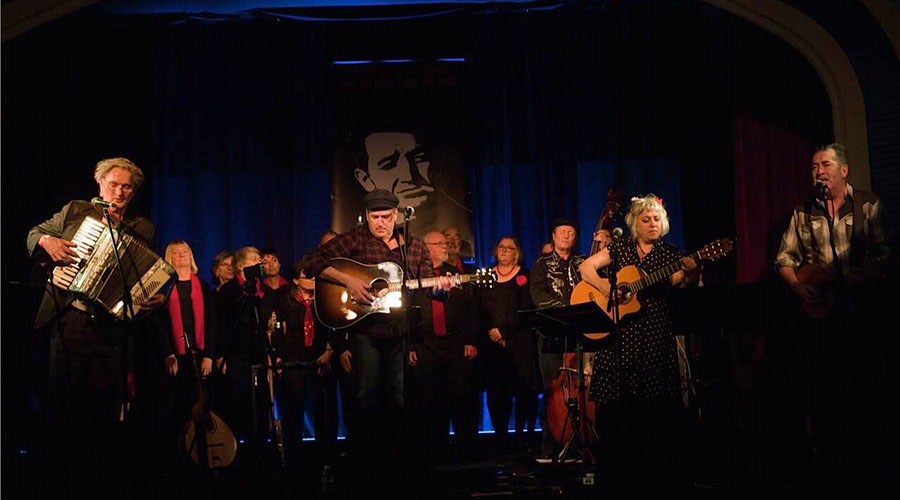 Celebrate one of the greatest folk singers of all time with this unique concert dedicated to his songs of freedom, social justice and equality.

In a world where bigotry, racism, violence and inequality are seemingly on the rise, this show, built around Woody’s songs, is a timely reminder of the universal power of great folk music to celebrate humanity and to give voice to the struggles of ordinary people for a better world.

Help keep the flame alive and experience the power of Woody’s music, with his messages as relevant in today’s political climate as they were when he first wrote them back in the 30s and 40s.