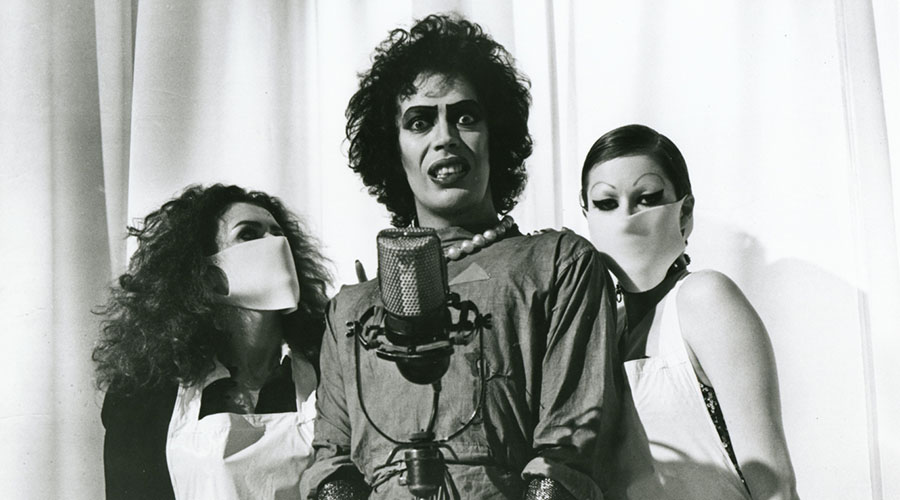 Whilst you watch the movie on the huge Schonell cinema screen, Cards 4 Sorrow bring The Rocky Horror Picture Show to life as an interactive floorshow on the stage below.

With Time Warping in the aisles! Dress up and sing-along!

“This is the ONLY way to experience this movie,” Fletcher said.

Prebook & save! Bookings are essential. Grab your fishnets and purchase your tickets now at www.kristianfletcher.com

Kristian Fletcher has been hosting these interactive screenings at Schonell Theatre since 2000.

A 1975 British film starring Susan Sarandon and Tim Curry, The Rocky Horror Picture Show began its journey as a London stage musical before becoming the longest running cult film of all time.

A box office failure upon initial release, 20th Century Fox re-opened Rocky Horror at midnight in 1976 and it found its audience. People began attending the screenings in costume, and shouting out lines in response to the film dialogue. From this, the concept of a ‘floorshow cast’ began – casts perform a live lip-synch floorshow on the stage in front of the screen whilst the film plays. Now, 45 years later, audience members are still flocking to screenings of the film all over the world.

Nothing can beat seeing the film with a live cast in costume, and with audience members singing-along and shouting audience participation lines in time with the film.