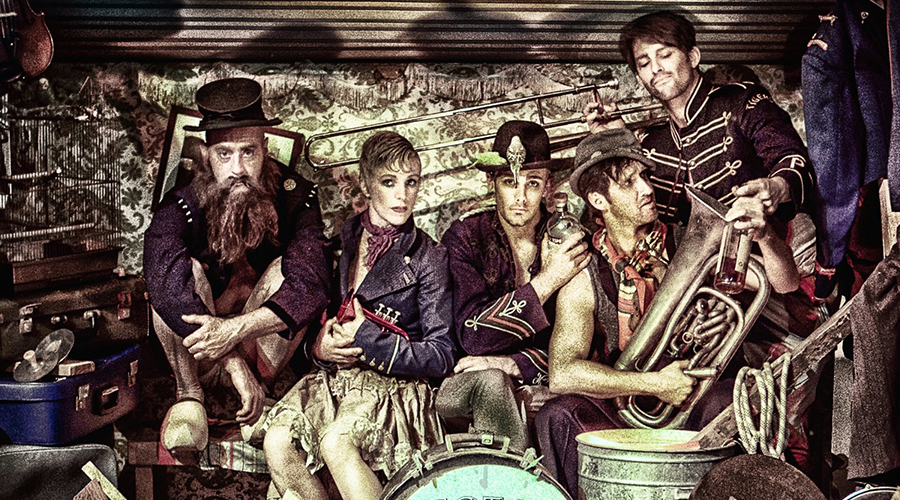 International sensation Scotch & Soda returns to the Judy in November for a cocktail of physical feats and jazz beats performed by daredevil acrobats and mesmerising musicians. Scotch & Soda was the stand-out hit of the 2014 Brisbane Festival, so don’t miss this spectacular return season. Tickets are available now from www.judithwrightcentre.com

Scotch & Soda is a heady mixer of risk-taking circus skill and rip-roaring humour, with a chaser of flair and originality. The heartbeat is the Uncanny Carnival Band, a rumpled troupe who underscore the action with their toe-tapping fusion of jazz and music hall. Featuring fresh top-shelf tricks, it’s time you tried Scotch & Soda!

Some of Australia’s most thrilling acrobats (including Company 2’s Chelsea McGuffin and David Carberry) are joined by Ben Walsh and the Uncanny Carnival Band a whiskey-infused evening of raucous dance and dexterous feats, in a show that has astounded audiences at the the Dublin Fringe Festival, The London Wonderground, the Edinburgh Christmas Festival, Woodford Folk Festival and Sydney Festival.

Channeling the vibe of a rowdy speakeasy from a bygone era, Scotch & Soda makes the perfect aperitif for an extraordinary evening.