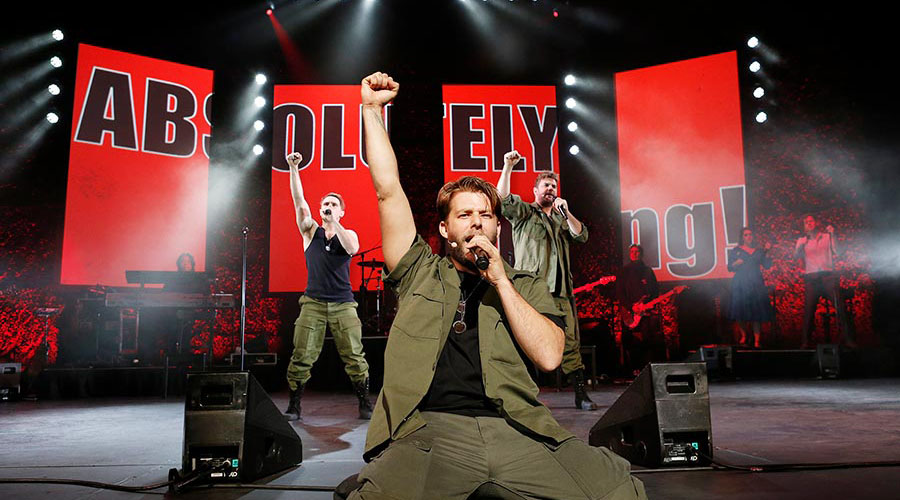 Rolling Thunder Vietnam back by popular demand in 2020

The sensational Australian concert drama Rolling Thunder Vietnam – Songs That Defined A Generation returns for a strictly-limited tour in March-April 2020, including the Queensland Performing Arts Centre [QPAC] in Brisbane, Hamer Hall in Melbourne and the new Coliseum Theatre in Western Sydney.

The powerful production, comprising brilliant songs, stunning video footage and an emotive story, has become one of the most talked about musical and theatrical events since its world premiere in 2014. It is a vibrant and stirring show with humanity and heart. The Director of the Australian War Memorial, Dr Brendan Nelson, is Patron of the Rolling Thunder Vietnam tour in 2020.

“The show brings to life stories of courage, endurance, sacrifice and love in the context of the Vietnam War,” Dr Nelson said. “The soundtrack of the show is the pulse of this generation; music that is magnificent and uplifting… Rolling Thunder Vietnam should be seen not just by the men and women who were young in the ‘60s and ‘70s but by their children and grand-children. To see this show is to understand us, who we are now, and one of the most significant events that changed and shaped us.”

Under the musical direction of Chong Lim, Rolling Thunder Vietnam earned plaudits from audiences and critics alike. In an era of political uncertainty and terrorist attacks, the show about social unrest, uncertainty, loss and the value of connection, is as resonant and timely as ever.
Rolling Thunder Vietnam showcases an outstanding cast, including TOBY FRANCIS (Once, Kinky Boots)TOM OLIVER (Velvet) and MATT PEARCE (Rent, Calamity Jane).

Announcing the 2020 season of Rolling Thunder Vietnam, producer Rebecca Blake said that the unique show had formed a special relationship with audiences since bursting on the scene at QPAC in 2014.

“The great songs of the era and the passionate story of resilience and love at the heart of Rolling Thunderstruck a chord with audiences throughout Australia. Since 2016, many people have kept asking when the production would return.

“The incredibly emotional responses from the Vets and their families have been overwhelming, and it’s an honour to bring the show that has come to mean so much to them, back to the stage next year… The production appeals to a wide audience and young audiences love the music and storytelling as much as anyone.”

The soul-stirring production features many of the greatest rock songs ever written and produced, including classics by John Fogerty, Steppenwolf, Buffalo Springfield, Creedence Clearwater Revival, Kris Kristofferson, Gladys Knight and Paul Simon. They include, Fortunate Son, The Letter, Magic Carpet Ride, Help Me Make it Through the Night, Born to Be Wild and Bridge Over Troubled Water.

In its evocation of conscription, turmoil, protest and homecoming, Rolling Thunder Vietnam draws audiences inside the lives of young men on the battlefront and their families and loved ones at home. The Vietnam War was the world’s first televised war and gave rise to many of the most unforgettable songs of the 20th century.