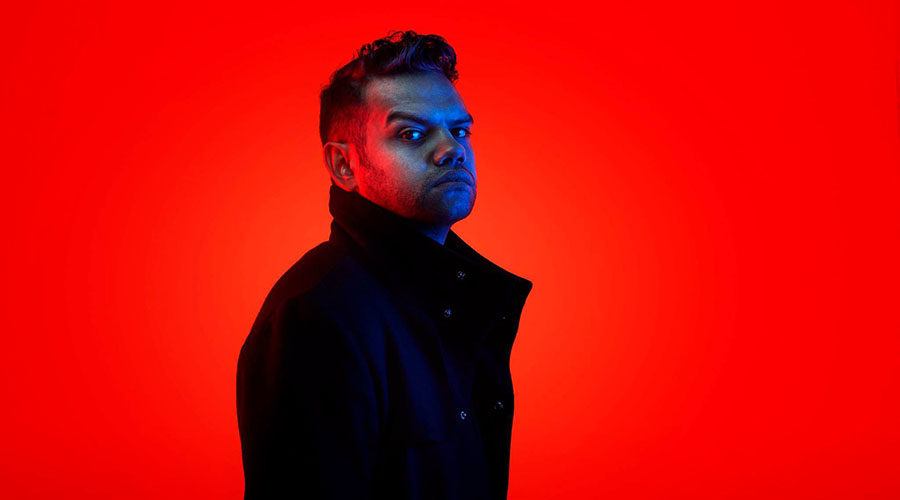 Queensland Theatre will present the world premiere of City of Gold this June!

In a powerful and confronting theatre event that is sure to linger in the minds of audiences long after the (figurative) curtain closes, Queensland Theatre presents the world premiere of City of Gold, written by, and starring, the immensely charismatic Meyne Wyatt (The Sapphires, Strangerland, Redfern Now, Neighbours, Black Comedy).

With first previews opening from June 29 and the season continuing until July 20, City of Gold is a raw and honest look at the challenges facing some young Indigenous Australians working to carve out a future in modern society whilst striving to maintain their connection to community and Country. It’s a stage story everyone needs to experience.

Partially inspired by his own experiences Wyatt has written a wryly funny and sometimes brutal play that will leave audiences questioning their own preconceptions, however well-meaning, about modern Indigenous culture. It’s raw, open, honest story-telling that will resonate with audiences, alternating between shock, inspiration and deeply moving moments. This is a play for people who are interested in being at the cutting edge of the conversation about Indigenous experience in Australia today.

Meyne Wyatt said the story had to be told. “Over the past few years things have happened, there has been something in the air, which all came together to make me actually write this,” he said.

“My dad passed away in 2015 and 18 months later I found myself really disillusioned with the world, the industry and myself. The roles I was auditioning for and getting, reflected the fact I had lost my passion. At the same time in my hometown of Kalgoorlie, a young 14-year-old Aboriginal boy was killed by a hit-and-run driver, who ended up serving just 15 months. And down south, the Adam Goodes story was playing out on and off the footy field. This series of events prompted me to sit down and write City of Gold.”

Meyne said the story has the potential to be divisive. “There’s absolutely controversial lines, acts and characters in City of Gold. There’s also lots of humour. The story dives into dark and deep territory, with the humour a great release valve. I want audiences to find their own spark from this story; and what they find important, is what’s important.”
IMAGERY of the writer/actor Meyne Wyatt here: https://www.dropbox.com/sh/3eykx62vlsq5p85/AAA5A1PEifs0TAAjhZp1giTKa?dl=0

Seasoned stage, television and film actor, Christopher Stollery (film Last Cab to Darwin, TV Top of the Lake: China Girl, House of Hanock, Neighbours) will also perform for Queensland Theatre for the first time,fresh from his Sydney Theatre Award nomination for Best Male Actor in a Supporting Role for Ear to the Edge of Time.

The creatives behind City of Gold are some of the country’s most – acclaimed and award-winning. Australian actor and dramaturg Isaac Drandic will direct (based in Cairns, he has been Queensland Theatre’s Resident Dramaturg since 2017), with Dramaturgy by Paige Rattray. Famed design team Simone Tesorieri and Simona Cosentini will bring the set to life, with Nathalie Ryner Costume Designer, Jason Glenwright Lighting Designer and Tony Brumpton Composer and Sound Designer.

City of Gold: The Story
Breythe is a young actor making his way in Sydney when news of his father’s death calls him home to Kalgoorlie. Being back on Country and stretched between the politics of his feisty sister Carina and his dispirited brother Mateo, Breythe struggles to understand how he fits into his family or his community. His father haunts his dreams and an omen of death follows him. This is an electrifying glimpse into the entanglement of present-day and ‘traditional’ Indigenous culture through the eyes of a young man. The world premiere season of City of Gold will continue after Brisbane at Griffin Theatre Company in Sydney from July 26.