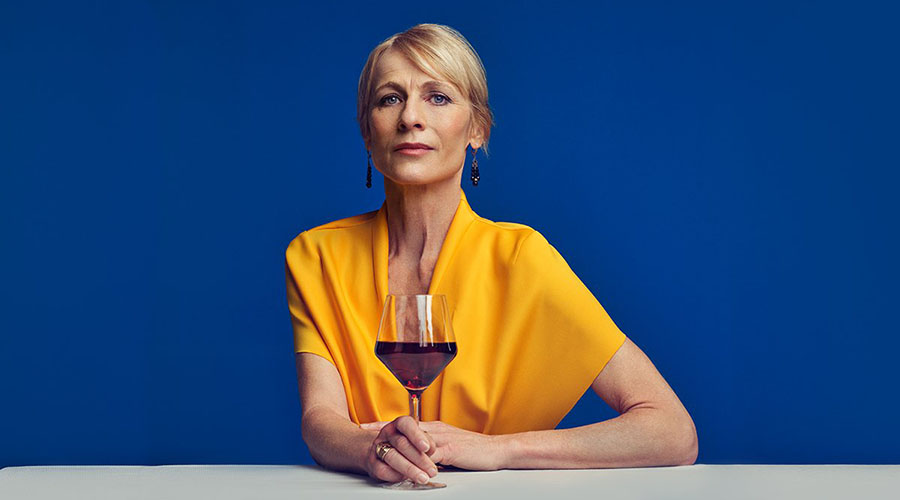 Queensland Theatre launches 2020: a celebration of 50 seasons of stories!

Queensland Theatre marks its half century by becoming the national home of new stories and staging the theatrical event of the year.

“Season 2020 confirms Queensland Theatre as the national home of new stories, with 50 percent of the season being world premieres,” said Strong. “I’m proud of how we have transformed Queensland Theatre over the last four years, but I am especially proud of our championing of new stories. This is the third successive year in which at least half of our season has been brand new work,” he said.

“In the four years including 2020, we will have staged 15 world premieres, including 10 commissions reaching the stage. That’s a theatre company reflecting contemporary Australia back to itself more than ever before and more than any other. This has included established names and new plays by David Williamson, Joanna Murray Smith, Sue Smith and Melissa Bubnic. It has also included at least seven mainstage debuts, three First Nations writers, two Asian-Australian writers, one Islamic-Australian writer and one transgender writer.”

“However, it wouldn’t be a Queensland Theatre season if we weren’t ambitiously growing. We are celebrating the milestone of our 50th season of stories by reflecting Queensland like never before. This includes more Queensland exclusives and the theatrical event of the year, the stage version of Trent Dalton’s smash hit novel, Boy Swallows Universe.”

Premier Annastacia Palaszczuk said it was fitting that David Megarrity, recipient of the 2018-2019 Queensland Premier’s Drama Award, will stage his play The Holidays during the 50th anniversary year of Queensland Theatre. “The award develops one playwright into a full production. I encourage all creative artists to continue the development of their playwrights and apply for the 2020-2021 Queensland Premier’s Drama Award which is currently open for nomination until 15 September 2019. Queensland has a thriving arts sector and the Queensland Government is proud to support and celebrate Queensland Theatre’s 50th anniversary milestone in 2020,” the Premier said.

Arts Minister Leeanne Enoch said 2020 was set to be an exciting year for the state theatre company as it celebrates its milestone anniversary and presents a fantastic lineup of stage productions. “Queensland Theatre has been entertaining and challenging Queenslanders since 1970, and connecting with people through exciting theatre experiences that enrich and positively impact their lives,” Ms Enoch said. “I am so proud to see the state’s flagship theatre company continue to solidify its reputation for telling Queensland stories, presenting classic favourites and new works, developing local talent, and performing widely throughout the state.”

Fittingly, the 50th anniversary year opens with adopted Queenslander David Williamson’s Emerald City which celebrates the acclaimed playwright’s 50th anniversary. The play uses the hedonistic late-1980s as a canvas to explore bigger – and ever more relevant – concerns about compromising personal ideals. Directed by Sam Strong, Emerald City sees the return of Rhys Muldoon (House Husbands and Rake) to Queensland Theatre after the success of his turn as Isaac Newton in David Williamson’s Nearer the Gods.

From contemporary New York comes Triple X, by one of Australia’s most prolific and dynamic young writers-turned-New York local in Glace Chase. This world premiere, directed by Paige Rattray, will move audiences as well as make them laugh through its dissection of gender and sexuality in the 2020s.

In May, Queensland Theatre presents William Shakespeare’s most intimate tragedy, Othello. Directed by stage powerhouse Jason Klarwein and starring Jimi Bani, this uniquely Queensland version will give the classic an evocative and effective setting in the Torres Strait during the Second World War.

Next up, the world premiere of the Queensland Premier’s Drama Award-winning play The Holidays, by David Megarrity, directed by Matilda Award-wining Bridget Boyle. This sensory feast will transport audiences to a quintessentially Queensland beach getaway for a touching meditation on mortality.

Posing the question, ‘what’s our responsibility to the future’ and set in the wake of a nuclear disaster, The Children is written by one of the UK’s leading young playwrights in Lucy Kirkwood and will be directed by mainstage debutant Zoe Tuffin.

Then, one of the most anticipated stage stories of the year – and an Australian coup – the world premiere stage version of Trent Dalton’s wildly successful novel Boy Swallows Universe brings Brisbane unforgettably to life under the direction of Sam Strong. Adapted for stage by Tim McGarry and presented in partnership with Brisbane Festival, the play will see the blockbuster Australian novel burst onto stage.

In October, the Griffin award-winning Prima Facie, by playwright Suzie Miller presents an urgent, gripping one woman show which mounts an irresistible call for change through its powerful story of a defense barrister whofinds herself on the wrong side of the system, directed by Lee Lewis.

The Season 2020 finale is the world premiere and Queensland exclusive of Phaedra, which satirically transplants one of drama’s great heroines to a Queensland that has seceded from the rest of Australia. From the minds of Queensland’s own Belloo Creative, written by the acclaimed Katherine Lyall-Watson and directed by Caroline Dunphy, the play sees the return of the much-loved Angie Milliken to Queensland Theatre’s stage.

As the company celebrates 50 seasons of stories, it is especially proud of the success of the immediate past. Under the Artistic Direction of Sam Strong and the executive leadership of Amanda Jolly, Queensland Theatre has made concrete its vision of leading from Queensland – with key achievements including a new name, a new theatre, record audiences and growth, national industry leadership through gender parity of writers and directors for four successive years, more diverse voices, more new stories and world premieres, and the next generation of Aboriginal and Torres Strait Islander stories. These successes and so much more will be celebrated throughout Season 2020.

Sam Strong paid tribute to Queensland Theatre and audiences. “I am so grateful to have had the opportunity to lead Queensland Theatre and am so proud of what we have achieved together over the last four years. I’ve loved living, working and sitting in lots of theatres in Queensland, including the one we built together. Thank you for so generously embracing me and the Company’s work. Brisbane really does have the warmest audiences in Australia. I can’t wait to return to those audiences as a punter and as a director in 2020.”