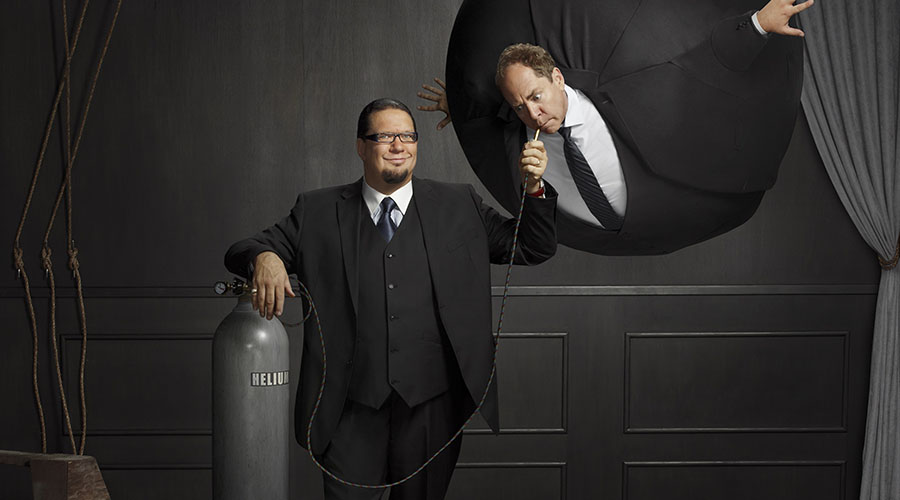 Direct from Las Vegas – The world’s most famous magicians live on stage in their first ever Australian tour!

Dubbed “the greatest performing duo in showbiz” by Jimmy Fallon, Penn & Teller have defied labels – and at times physics and good taste – by redefining the genre of magic and inventing their own very distinct niche in comedy.

In this sharp and hilarious production, the “Evil Geniuses” (David Letterman) of magic will bring their mind-bending show direct to QPAC’s Concert Hall, with Queensland audiences given the rare opportunity to witness Penn & Teller performing live on stage in a brief break from their Las Vegas residency.

With sold out runs on Broadway; hundreds of outrageous TV appearances in everything from Friends, The Simpsons, The West Wing and The Big Bang Theory; and couch time with Conan O’Brien, Jay Leno and Stephen Colbert, comedy’s most enduring team shows no signs of slowing down. Incredibly, 2020 marks the pair’s 45th year of working together.

They currently host the hit series Penn & Teller: Fool Us!, in which up-and-comers and magic veterans try to fool Penn & Teller for a chance to star in their spectacular Las Vegas stage show. The series was nominated for a 2017 Critics’ Choice Award and has just returned for a sixth season.

With an amazing eight wins as ‘Las Vegas Magicians of the Year’, their 18-year run at The Rio makes them the longest running and one of the most-beloved headline acts in Las Vegas history, outselling every other resident magician on The Strip.

Don’t miss the legendary Penn & Teller at QPAC this summer for a strictly limited season!