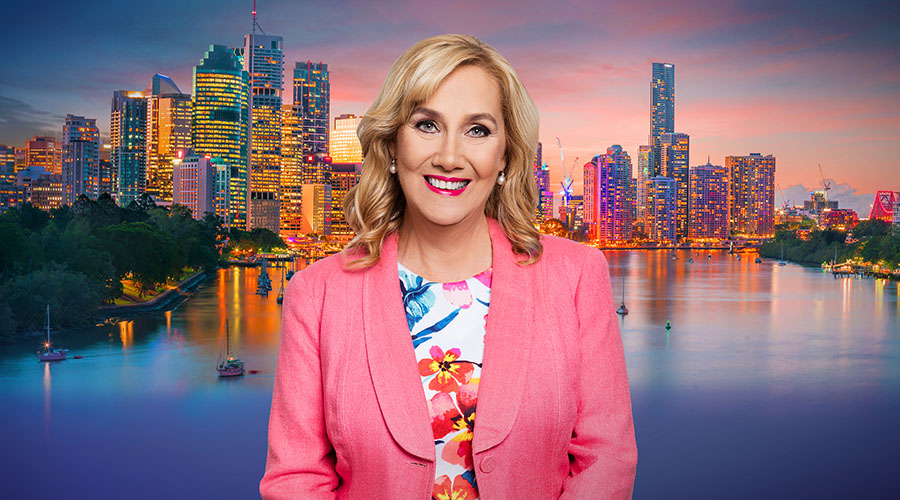 The long-range forecast is for fun, flashbacks and fashion when ABC’s revered weather presenter Jenny Woodward premieres her one-woman stage show at Brisbane Powerhouse on 23 April 2021.

Weathering Well is a potted history of the life and times of the popular presenter who chalks up 35 years with the national broadcaster in 2021.

“I’m also going to talk about hairstyles and fashion and how they’ve changed over the years and I’ve got some fairly startling photos which I am going to share. There’s a lot of, “oh my God, what was I thinking?!” Jenny revealed.

“It won’t be all about me! Australia has some really interesting weather history and there’s one particular character I’m going to spend a bit of time on, Clement Wragge, who was one of the founders of weather forecasting in Australia.”

The one-woman show was two-and-a-half years in the making and signals a return to Jenny’s roots, having studied theatre at university and performing in a NSW touring theatre company before her television career took hold.

“I guess I had always felt that I hadn’t fulfilled my stage career and I got to that point in my life where I thought, if I don’t do this now, I’m never going to do it,” Jenny said.

“And of course, I didn’t have to audition for myself which was the best part!”

While the spotlight is firmly trained on the first lady of meteorology, Jenny will be joined on the Powerhouse Theatre stage by Luke Volker on keyboard, underscoring the show.

“I think having a live musician on stage will give the whole show a more theatrical edge,” she said.

“Oh, we might have a little sing at the end! It’s the kind of thing I don’t think people would expect me to do.”

Weathering Well premieres at Brisbane Powerhouse, where Jenny made her return to professional theatre in 2018, starring – and singing – in a contemporary pop-rock musical.

“A couple of years ago, Alex asked me if I would be in a production of Bare he was producing at Brisbane Powerhouse, largely because I had been nagging him for some time to find a part for me!”

“It was so great to stretch myself. I thought it was fun and I wouldn’t mind doing something more and this show was something I’d been toying with for a while.”