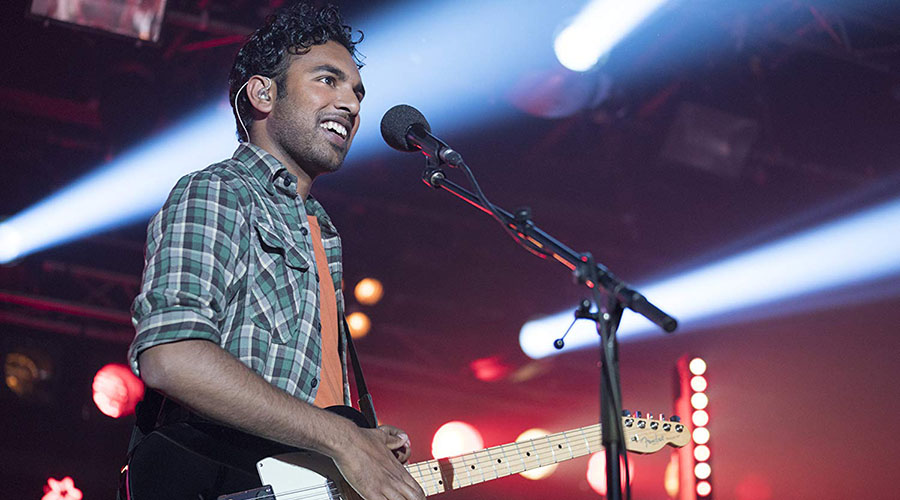 For fans of the films of Danny Boyle, there is little in his previous works to prepare one for the sentimental satisfaction of Yesterday. His parallel universe study of a world where no one knows The Beatles hits all the right marks from a musical stand point and is a joyous celebration of love and music. It is also very funny.

Struggling musician Jack Malik (Himesh Patel) decides to pack in his musical career after too many disappointments. During a bike ride home, the entire world blacks out for twelve seconds and in the ensuing darkness, Jack is struck by a bus. Afterwards, he comes to in a world where things have changed. One of the biggest changes is that no one has ever heard of The Beatles or their music. He finds this out after performing the song Yesterday for his friends. He decides to call the songs his own.

The film makers cleverly use the perfect Beatle songs to illicit the emotional responses they are after and this creates a number of very memorable moments. Patel also has a solid voice and plays well into the unlikely scenario of becoming a pop sensation. Ed Sheeran, playing himself, does a lot more that just provide his audience as a backdrop for concert scenes in the movie, he generously adds some self-depreciating humour.

Celebrating the music of The Beatles is an easy task as their music is as universal as pop music gets. But crafting a memorable work around this crazy premise was not so easily done. Boyle has succeeded most admirable and even if you are not really a fan of The Beatle’s music, there is much to admire in this, his most nostalgic work yet.