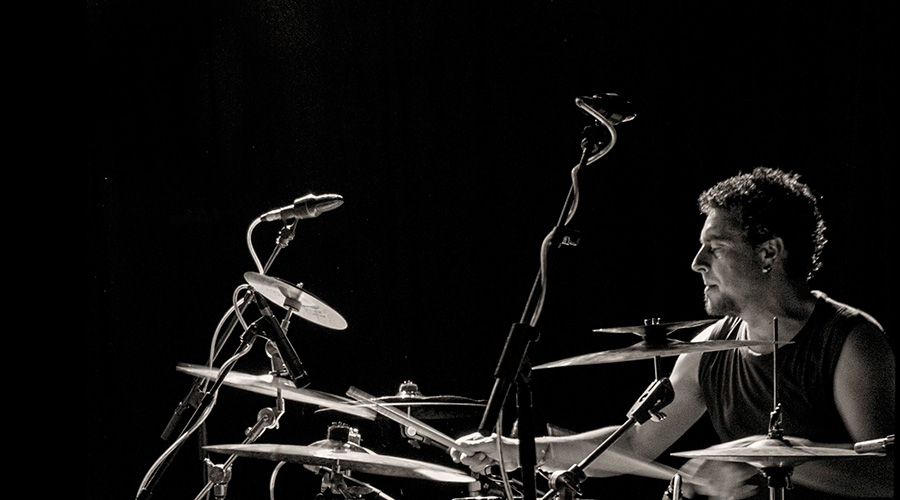 Music like this lives in a commercial free zone and subsequently follows a logic almost completely divorced from financial considerations.

In what other world would a drummer’s album be completely void of percussive grandstanding? This isn’t to say Catalan drummer Xavi Reija doesn’t show off some impressive chops, it’s just that pocket groove in the outstanding feature here.

Reija has pared back his band to a power trio format this time out and they live up to that lofty name, not by overstatement but by a process of subtraction. By removing as many superfluous notes as possible, the end effect puts sharper focus on what remains. Atmosphere and ambience are not often terms used to describe the music of such accomplished musicians but it fits here.

There is focus on individual songs but the collective effect of listening to the eleven tracks here is one of an undeniable surrender to the groove. There is a luxurious pallet of sounds at work here, be it the other world tones of guitarist Dusan Jevtovis, the sinuous groove of bassist Bernat Hernandez or the wicked shuffle of Reija, all these sounds conspire to engulf you in a sonic paella of tasty proportions.

Dramatic and resolute in its ability to find a groove in the most out there of circumstances, Resolution is a work that you will want to spin when you have run out of more conventional options.
Rob Hudson
www.moonjune.com