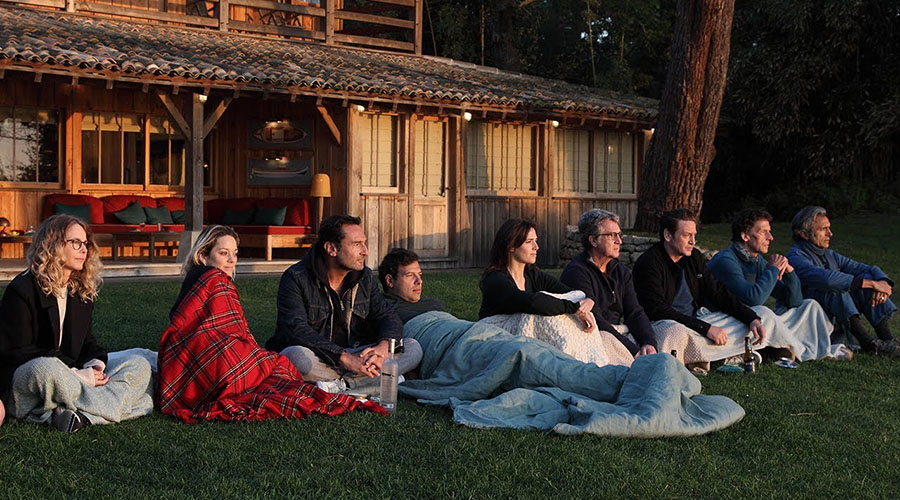 Watch the trailer for We’ll End Up Together – in Aussie cinemas today!

Writer/director Guillaume Canet reunites the entire cast from his 2010 comedy smash Little White Lies (a film that achieved a stunning 5.2 million admissions worldwide) for this highly-anticipated follow up.

It’s been years since middle-aged restaurateur Max (François Cluzet) has received his friends at his gorgeous summer house in the chic beach community of Cap Ferret. The group have traditionally reconnected there for his birthday, but since things didn’t exactly go as planned last time, they haven’t seen much of one another. It turns out Max is divorcing and his villa is up for sale, so when pals Marie (Marion Cotillard), Vincent (Benoît Magimel), now-famous actor Eric (Gilles Lellouche) and his hapless buddy-turned-assistant Antoine (Laurent Lafitte) arrive unannounced to celebrate a significant milestone, it’s not necessarily a welcome surprise…

Handsomely mounted and music-fuelled, WE’LL END UP TOGETHER – the second highest-grossing French film of 2019 – is a story of long-term bonds and the joy of friendship, but also of suppressed emotions, personal and professional resentments, and the many ways having children can both fracture and cement social circles. It’s rollicking, all-star fun.