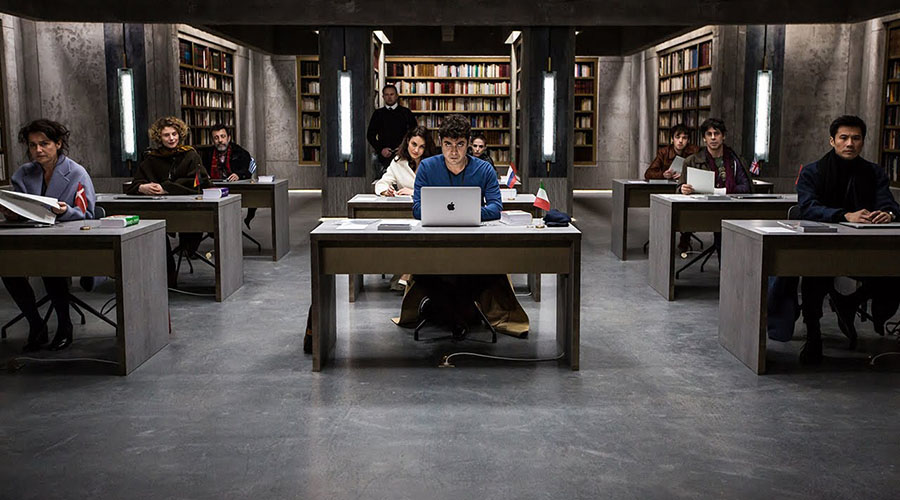 Watch the trailer for The Translators – in Aussie cinemas September 17!

From writer/director Régis Roinsard (Populaire), this ingenious new whodunit is an Agathe Christie-style mystery in the vein of Murder on the Orient Express and recent hit Knives Out, featuring a terrific international cast.

The eagerly awaited final book of a best-selling Dragon Tattoo-esque French trilogy is about to be globally released, and nine international language experts have been hired to translate it into their native tongues (English, Danish, Chinese, Spanish, Russian, Italian, Portuguese, Greek and German). With the stakes so high, the supercilious publisher (Lambert Wilson) has them on lock-down, confined together in a bunker – without any contact to the outside world – until the task is completed.

So when the first ten pages of the top-secret manuscript inexplicably leak online with a ransom threat, it’s evident that the thief could only be amongst them. Their increasingly paranoid and desperate captor is ready to do whatever it takes to unmask him… or her… or them.