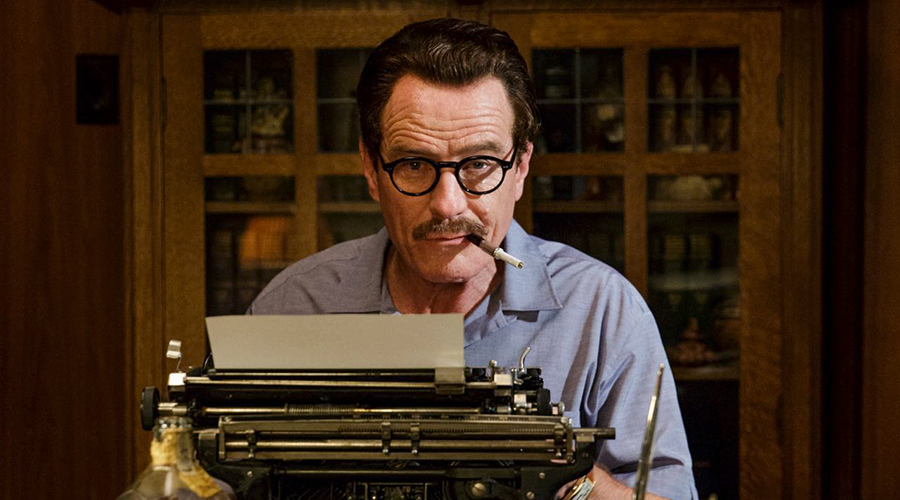 Trumbo illustrates the danger when fear and paranoia take hold in society and its polarising effect on the population. That danger is magnified when it takes hold of our political leaders as it did during the McCarthy era in the United States.

Following the Second World War many in democratic countries around the world (including Australia) became members of the Communist Party, then the party of social and economic justice. But when the former ally in the Communist regime of the USSR became the enemy of the West during the Cold War, the ground figuratively shifted beneath western Communists’ feet and they became targets of suspicion within their own countries.

This is not unique to this time and place, of course; German residents in allied countries drew similar social suspicion during WWII and a direct parallel can be drawn to present day Islamaphobia. Simply put, this kind of prejudice is an endemic human trait.

In the United States it was believed that Hollywood Communist Party members were surreptitiously delivering ‘Red’ messages through their movies and so it came to be that screenwriter Dalton Trumbo and his like-minded colleagues came to be viewed as akin to Soviet spies.

Jay Roach (Meet the Parents, Austin Powers) makes an unlikely helmer for this political/social docu-thriller but he pulls off a remarkable win with a film that is funny, witty, fascinating and socially poignant.

Roach doesn’t shirk from the flaws that Trumbo, the man, has but equally he provides a balanced portrayal of a complex individual. The film’s (and Trumbo’s) crowning achievement, however, is his refreshingly centrist speech in the final moments of the film that speak to Trumbo’s remarkable penchant for tolerance and forgiveness. It was a speech that would cause some consternation among Trumbo’s peers but it was an intelligent, rational one that spoke to Trumbo’s ability to rise above the politics and paranoia of the time.

Bryan Cranston is magnetic as Trumbo and he is surrounded by an array of good performers in Michael Stuhlbarg, Diane Lane, Louis C.K., Alan Tudyk and Helen Mirren. John Goodman is a standout as a fiery cheapskate indie film producer who employs Trumbo despite his blacklisting. It’s a fascinating time in history and Trumbo is a requisitely fascinating film.