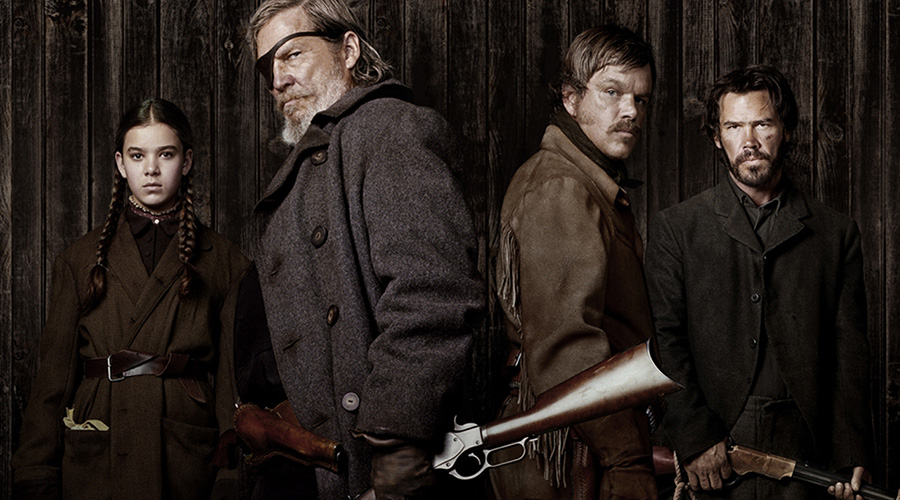 True Grit is an odd creature. It’s as if a bunch of Coen characters went and hijacked a Clint Eastwood production. The characters are idiosyncratic in that peculiar Coenesque way, and they all ‘talk funny’ with dialogue that is distinctive and great, but unlike the best Coens™ they’re all wandering through a remarkably linear albeit familiar landscape with few turns in the road.

Performances are predictably grand from this cast (Jeff Bridges, Matt Damon, Josh Brolin, Barry Pepper) with the exception of newcomer, Hailee Steinfeld, who is a revelation; her elocution of the Coen’s distinguished dialogue squarely hits the mark.

History has shown that the Coen brothers produce basically two types of film: quirky and peculiar flicks that are borderline art house (A Serious Man, Barton Fink) and the crowd pleasers designed to return a reasonable box office (Intolerable Cruelty, The Ladykillers). This is understandable, as the latter no doubt affords them a measure of creative freedom to create the former. True Grit aims for the middle ground and, by and large, it succeeds in its mission but is it an above average crowd pleaser or a watered down Coen? I guess it’s both but it’s a film that will sit better with mainstream audiences than it will with Coen fans. It’s a stopgap film, which will bring newcomers to the Coen fold while tiding over existing fans waiting for the next A Serious Man. All in all, though, it’s a success.