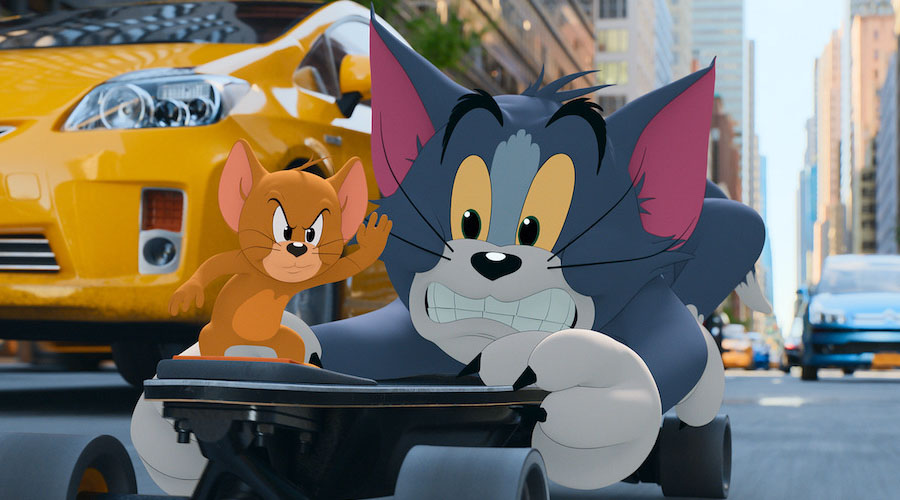 Starting with the opening notes of Lou Reed’s seditious Walk On The Wild Side that morphs into a rap song, Tom & Jerry is often more subversive than its surface would lead you to believe. The mix of animation and live-action gives the filmmakers the chance to get away with some serious digressions under the guise of appearing like a kid’s film.

Homo sapien actor-wise, Chloë Grace Moretz plays a great shill and her surface of nauseating niceness is the perfect cover for her opportunistic scheming. Elsewhere the humans get to act more cartoon-like than the CGI characters with Michael Peña leading the way as the pretentious manager of the Royal Gate Hotel who eventually gets his just desserts.

Seen only on the surface, Tom & Jerry is so riddled with cliches, it becomes quite amusing to see how many it can pack in before the final credits roll. Its misguided mayhem helps to illustrate just how far the PC police have come with live-action but how much of a pass animation gets in this regard. South Park, Big Mouth, and Bojack Horseman, I’m looking at you.