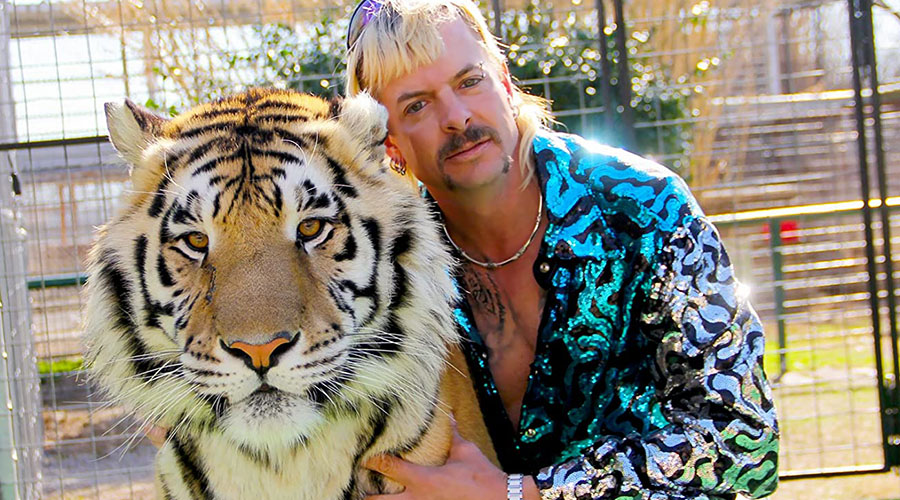 Is there anything better than binging on a television series that features crazy ass white trash folks that can’t help but make you feel good about yourself? Because compared to them, you can feel like you are MENSA bound. Tiger King is just such an experience. It’s worth watching for the hair styles alone. In person or via photos, their coiffured confusion is always a sight to behold.

With the tradition of releasing small tidbits of information to keep you on the hook for far too many episodes firmly established, this show is a great case study of that technique Just when you think it can’t get any more bizarre, hilarious or insane, it regularly drops a bomb of pertinent information. When the main arch type sketchy lady that is used as both a rival and enemy for our mullet headed hero reaches new depths, it’s just the start.

At one episode’s end, you are led to believe that said lady actually murdered her millionaire husband and deposed of the body by feeding him to her tigers. Who wouldn’t want to know how that scenario plays out? We are only half way through the series and already have seriously square eyes from watching too much television but we can’t help but solider on.

With the Cheeto topped leader of America consistently setting a new low stranded for self-centred nihilism, this show lays down a serious challenge in the race to the bottom. Drop in anytime for the bodacious bad bouffants but stay for the challenge of looking away at how crazy it can get in a country where firearms are so common and seen as harmless, yet barber’s shears and bottles of peroxide can still be considered dangerous weapons.