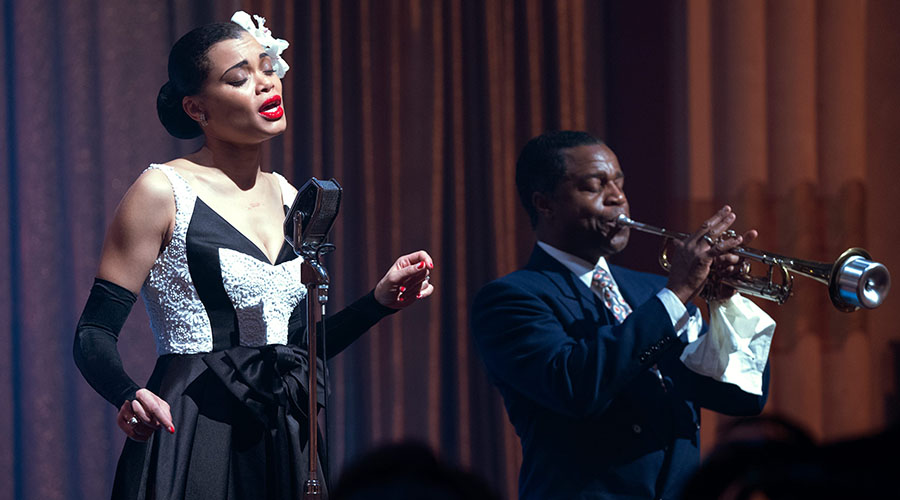 What happens when bold artistic sensibilities clash with a systemic and deeply entrenched attitude towards race. America has a profoundly embarrassing history with race and indigenous relations as does almost every country in the world that was taken over by the white man. The United States vs. Billie Holiday illustrates just one example of this abhorrent circumstance.

Jazz singer Billie Holiday came to the fore of America’s conscience during a continuing low period of race relations in that country, the 1930s. The song that gave her such notoriety was Strange Fruit, a very powerful take on the lynching of black people. Its words and Holiday’s powerful delivery of it became a rallying cry and the FBI set out to diminish the unrest it caused.

Set more in the backstage world than on-stage, it shows Holliday in various states of drug intoxication and instills in the viewer the frustration that there were few in her inner circle the tried to help with her addictions. It also makes clear the contrasts that existed in her tough-girl persona.

Andra Day’s powerful performance informs this tale of an artist that in many ways was her own worst enemy. Devoid of an upbringing that would instill any sense of love and security, her self torment underscores the tragedy of the times. But tragic times they were and her short life is a cautionary tale of government persecution and the opportunistic attitudes held towards profiting from the creative mind.
Rob Hudson