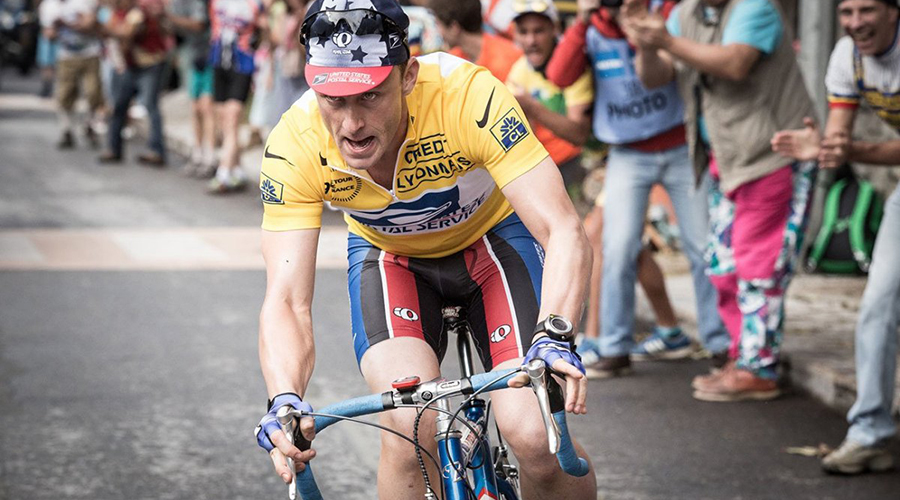 No fall from grace has been more meteoric than the sad tale of American cyclist Lance Armstrong. His seven victories at the Tour De France seemed too good to be true when they happened and now time has proven that they were indeed hollow triumphs. His hubris and arrogance set him up for a titanic fall and now adding more final nails to the coffin is The Program. This docudrama attempts to tell the Armstrong story in a more human way and mostly succeeds.

The film places a bit too much emphasis on the viewer having a working knowledge of the actual story as it introduces important characters with little or no explanation. For the uninitiated, this leads to a bit of confusion. For those familiar with the story, it’s effective film making that doesn’t slow down the pace with unneeded explanations or back-stories.

Ben Foster does a good job as Armstrong even though he doesn’t look that much like him (the archive race footage comprised of mostly side and rear views is effective, the face on shots not so much). Foster does however excel at capturing Armstrong’s cruelty, viciousness and dishonesty.

For those that followed the cheating saga with a keen interest, The Program is a rewarding cinema experience. For those that have little previous knowledge, please take someone along that knows the story. A little knowledge goes a long way in the enjoyment of this entertaining film.