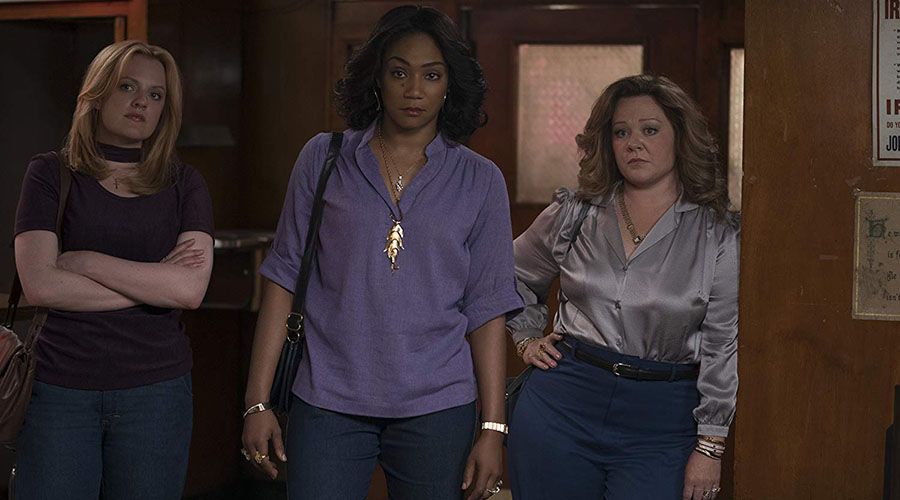 Being spoken of as being one of the worst films of the year smacks of gender bias. If The Kitchen was lead by a male cast it would not have copped as much grief as it has. It’s far from great but it’s not a total disaster either.

The establishment of the characters and story in the first act is fine, it’s the second act and final reel that are a bit wobbly. The end especially feels rushed. It’s as if the story would have been better served if presented as a high quality multiple episode television series.

Having women act in the roles traditionally inhabited by male characters challenges you to get past gender. These ladies can be as ruthless and scheming as any previous on-screen gangsters and often times seem the better business person.

Based on a DC graphic novel by Ollie Masters and Ming Doyle, it’s interesting that the film’s biggest flaw is how under developed the characters are. Even for a film this short (102 minutes) there are crucial moments that feel rushed. It leaves you with the feeling of untapped potential.