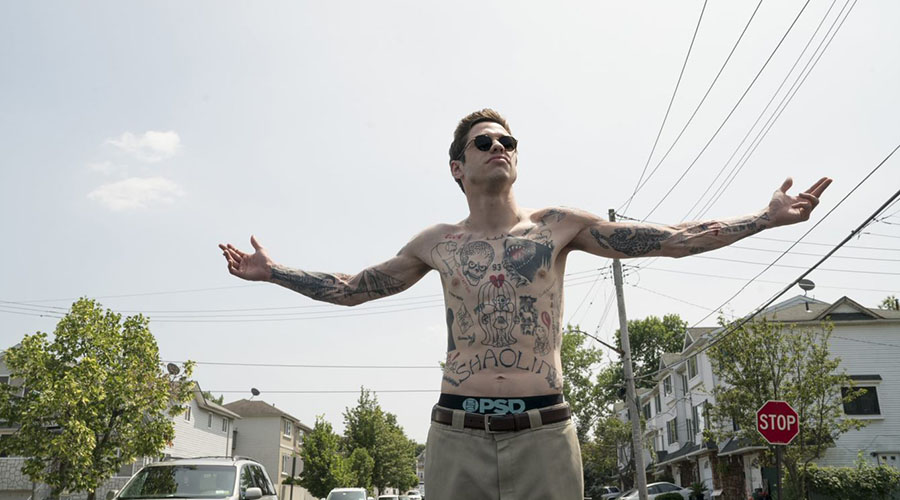 There are many challenges with The King Of Staten Island. For those expecting a parade of predictable comic snippets from Judd Apatow’s inner child, hurdle one is the lack of those expected moments. Then the largest leap of faith is required by staying with Pete Davidson’s slacker character, Scott Carlin, long enough to see the inner child being anything more than a one-dimensional jerk.

Throwing down behavioural anomalies thick and fast does little to make you warm to Scott’s plight in life. His charms are not self-evident, but staying the course does pay dividends. Losing his fireman father at a young age and having an overprotective mother played with sass and a bad haircut by the excellent Marisa Tomei has given him a non-reality world to get lost in. And lost he is.

Davidson, who lost his real-life fireman father in the 9/11 attacks, co-wrote the story with Apatow and Dave Sirus and it mines a world that must have felt very raw at times. The Saturday Night Live alumni’s goofy stoner guy persona is in full effect here but it rings true to the story and his unapologetic approach works this time out.

Trying to experience the film as a journey from a man child’s stilted adolescence into the maturity of adulthood gives the work a little too much responsibility to live up to. Stick with it though and it does come around to win you over in the end. A less extreme transformation might have been more believable but it would have been a lot less entertaining.