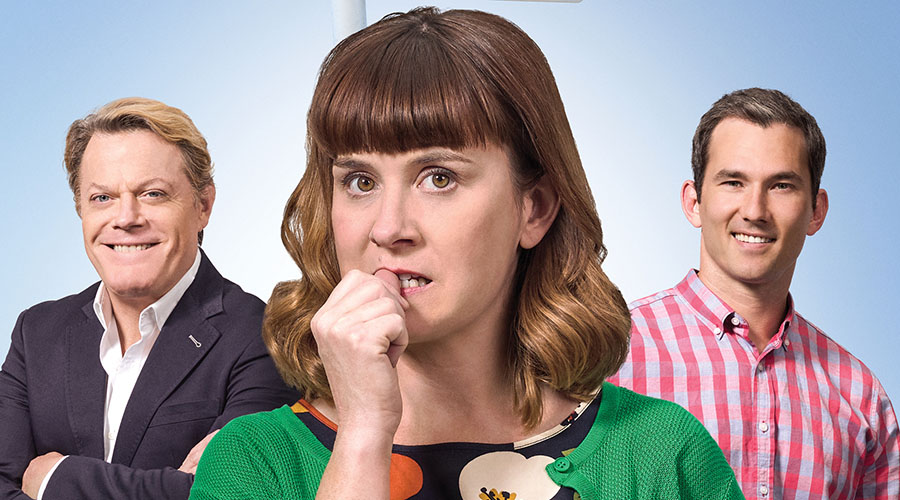 The Flip Side Movie Review

Few road trips have ever been as awkward as the journey Henry, Sophie, Jeff and Ronnie embark on. Ronnie had a fling with Henry and has never told Jeff. Sophie develops a thing for Jeff but doesn’t tell Henry and nobody knows the trouble Ronnie is in.

It’s a tangled web that entraps this small group. Ronnie (Emily Taheny) once had a thing with actor Henry (Eddie Izzard) who left her and the town behind but returns five years later with obnoxious French girlfriend Sophie (Vanessa Guide). Ronnie has moved on with Jeff (Luke McKenzie) but has never spoken to him about her time with Henry. Confused? So are they.

Through circumstance they hit the road together on a trip out to the middle of the outback. They hit the sights and a kangaroo or two on the road to nowhere. The humour in the film comes from everyday actions that just miss being normal. There is a delicious tension between the four as they each follow their own agenda during the journey.

The Flip Side is a movie with modest ambitions. It features a message, that most people actually have all they need in life right in front of them by being with the ones that truly love them. This foursome however are so self involved that they hilariously miss even that simple point.