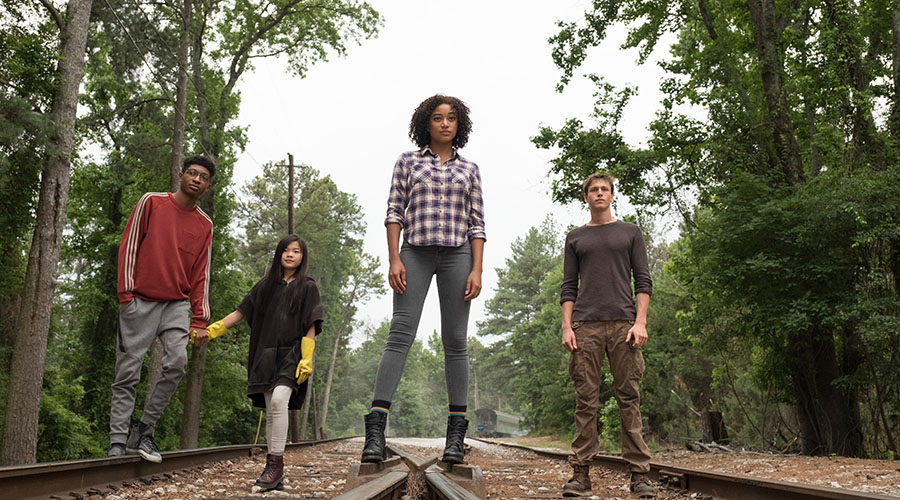 A mysterious plague kills almost all of the world’s children and the few that survive have changed. They now have powers. Powers that scare the world’s governments. Their answer to this threat is to round them up and intern them in camps, and not of the holiday variety. The Darkest Minds is the tale of a few that escape.

Mixing storylines of the traditional road movie with science fiction themes and a teen coming of age saga makes up the parts at play here. Some of those ideas work and others don’t and the deciding factor is often the age of the viewer. The film is very much aimed at a younger audience and will score more points with the teen crowd.

There are universal moments at work here like the selfless act of sacrificing personal ambitions for the common good. Also the act of not always taking things at face value. These are lessons absorbed often as you grow older but ones that may seem fresh at a younger age.

The science fiction ideas are downplayed (the film’s trailer to the contrary) as the human element takes centre stage. The acting is consistent but for older members of the audience there seems to be one or two details missing, ones that would have helped raise The Darkest Minds above the rest.
Rob Hudson
www.facebook.com/DarkestMindsAus