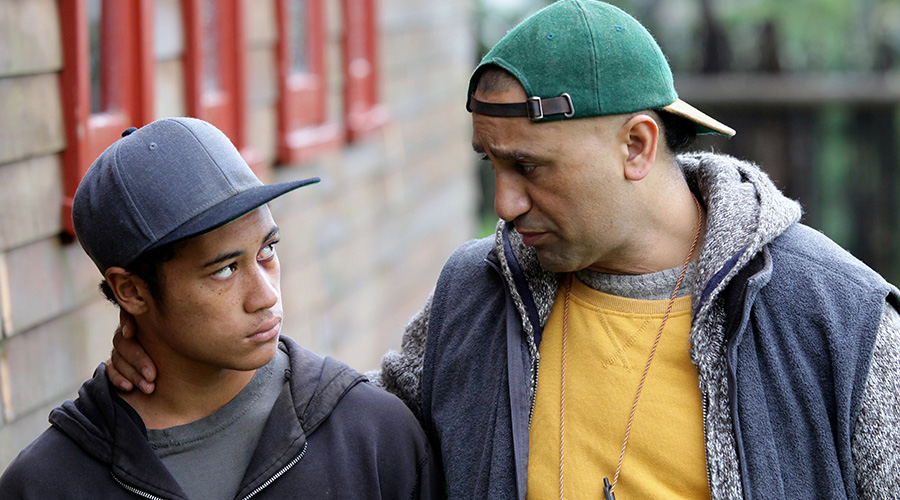 If Jake the Muss were a Dalai Lama he might resemble Genesis ‘Gen’ Potini – a pacifist Maori born to a life of gang violence.

Pretty as a picture in his cardigan, trackie daks and red Crocs, Gen’s severe bipolar disorder sees him frequently institutionalised as he struggles with the norms of society. Released into the care of his brother, Gen is thrust back into the violent gang environment into which he was born but his iron determination to overcome his disability and help others sees him use his substantial chess playing ability to help disadvantaged youth avoid an inevitable path of violence and crime.

The Dark Horse has inevitably been compared to the great Maori film, Once Were Warriors, but in reality it is much closer to its sequel, What Becomes of the Broken Hearted, in terms of its tone and its theme of breaking the cycle of social violence. And it is a better film than What Becomes of the Broken Hearted as well. Of course The Dark Horse benefits from not being a direct sequel to a wonderful (and violent) predecessor and also a feel-good happy ending.

After being a Hollywood ethnic everyman in his early career (Vis-a-vis Three Kings and The Insider), it’s always nice to see Cliff Curtis return to a native Maori role and this one is a cracker! Piling on the kilos Raging Bull-style is testament to Curtis’ conviction to the project but it is his quiet, confident internal performance which shines through. It’s an explicitly non-violent performance which (somewhat paradoxically) exudes strength and courage. James Rolleston who played the title role in Taika Waititi’s Boy also stars.

The Dark Horse is an inspiring true story with a wonderful central performance. It is a film not to be missed.