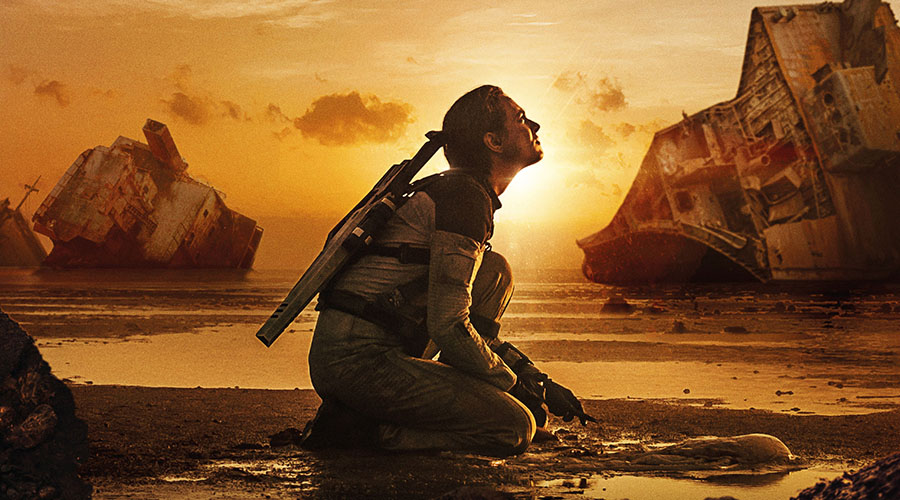 After Earth becomes uninhabitable and the ruling elite leave for another planet, a mission is conceived to return to the green and blue sphere to see if it has transformed over time to being liveable again. A first mission is lost but the second attempt results in a spacecraft crash landing on a deserted stretch of beach. Things on earth have changed.

The two surviving astronauts from the crash are taken prisoner by a group of renegades who live without modern technology. Ultimately Louse Blake (Nora Arnezeder) becomes the sole survivor and is tasked with getting word back to her superiors with information on the mission and the current status of the planet.

Through a series of flashbacks between Blake as a child and her scientist father played by Sebastian Roché, we are given information on earth’s early fate. It also transpires that her father was the main architect behind the first mission, the one where all crew were thought to have disappeared. Blake eventually finds survivors from her father’s mission and it expands her vision.

The film develops several fascinating scenarios and a big reveal near the end that’s not all that much of a surprise. It also tries its best to build suspense through rather traditional plot devices. Ultimately The Colony’s success or failure is more dependent on your preconceived ideas of how humanity would handle a real-world situation of this nature.
Rob Hudson
www.facebook.com/RialtoDistributionAU