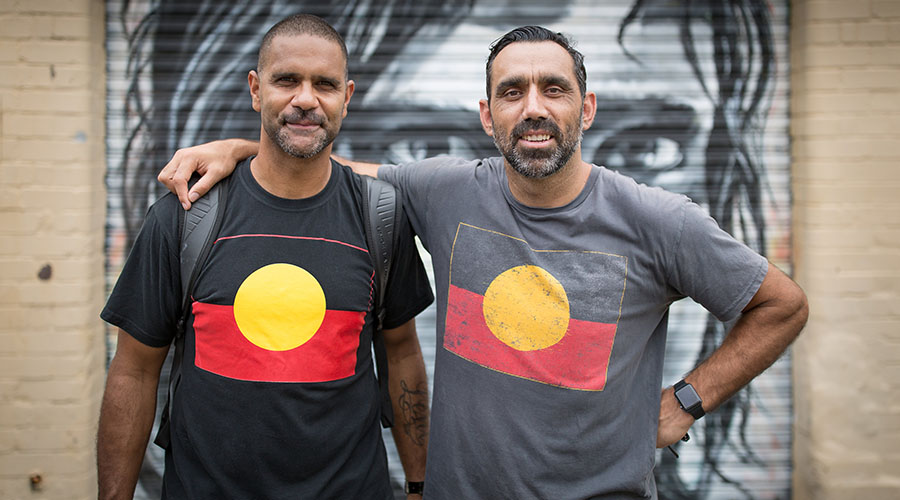 What starts as a story about sport quickly becomes something more interesting and essential. Australian news and political journalist, Stan Grant utilises the story of the life of footy player Adam Goodes to create a necessary dialogue about race relations in Australia. It’s confronting and ultimately hopeful.

Goodes, one of the greats of the game became a Cause célèbre when he called out a young fan for directing a racial slur towards him during a game. What followed became even more divisive as people took sides based on a deeply held racist thoughts.

The film presents talking heads from both side of the divide and it’s interesting to note that some in the film, the ones who come across as so unenlightened and out of touch actually signed off on their participation in the film. Were they delusional enough to think they actually come across well?

The Australian Dream is the best kind of popular culture, it entertains and educates and if there is any justice, it will become mandatory viewing in schools around the country. Racism is deeply imbedded in all the English speaking countries and works like these shine a light on things that drastically need to change.