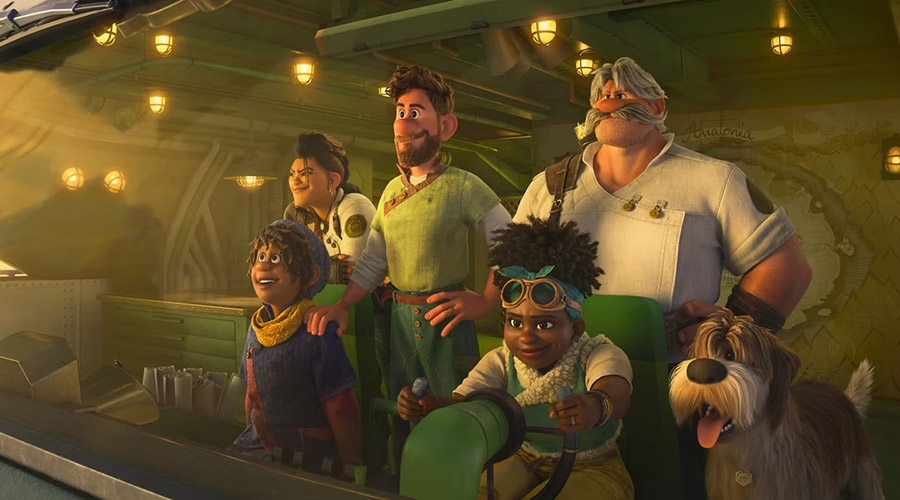 Like its namesake, Strange World casts a strange spell. The filmmakers have created such hallucinogenic imagery that one could be led to believe the D in LSD now stands for Disney. It is wildly imaginative in all regards except story.

Using a somewhat typical mighty mouse storyline about the virtue of the family unit to make some pointed comments on the ill effects of the world’s reliance on petrol and disregard for the health of the planet is slightly unusual. This divergence is a welcome addition to the usual kiddie fare.

This does cause things to go slightly awry in its accessibility to the very young. The high concept might leave the little ones feeling a bit left out. In many ways it is commendably brave, a mixed-race couple and gay teenager are presented in a refreshingly matter-of-fact way.

When a company as conservative as Disney green lights a project like this, it heralds a welcome step into a more inclusive future. In a way one might have wished this approach was attached to a more accessible tale but not selling an audience’s acceptance short is something to be applauded.
Rob Hudson
www.facebook.com/DisneyAUNZ/