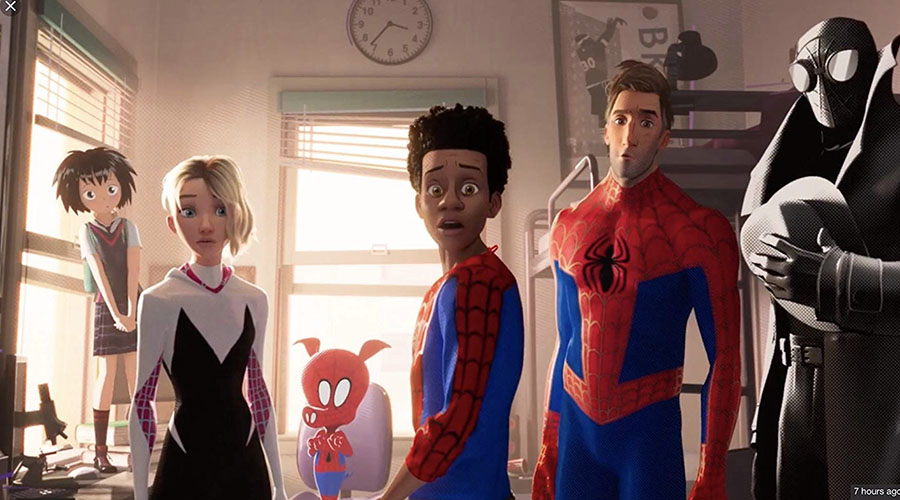 Spider-Man: Into the Spider-Verse Movie Review

For those that question if Spider-Man: Into the Spider-Verse is just another unnecessary reinvention of the Spider-man storyline, fear not. This computer generated version is a significant and completely relevant addition. It also expands the Spider-man universe.

During one of King-Pin’s criminal endeavours, he opens a portal so more than one version of Spidey can exist in the same space as well as leaving room to create a brand new web-slinger. Enter Miles Morales (Shameik Moore) as a young man finding his way in life who becomes the newest Web-head.

The filmmakers have used the CGI medium to its fullest and the look is fantastic with colours so bright they rival any animated film before it (even Yellow Submarine). The use of graffiti art, tagging and even slap art gives things a successful urban feel as does the soundtrack that features tunes from Lil Wayne and Ty Dolla Sign, Blackway and Black Caviar and others.

This is a rare film in that trying to put its effervesce and visual appeal into words is near impossible. You need to see it up on the big screen and get lost in its overwhelming look and solid message.