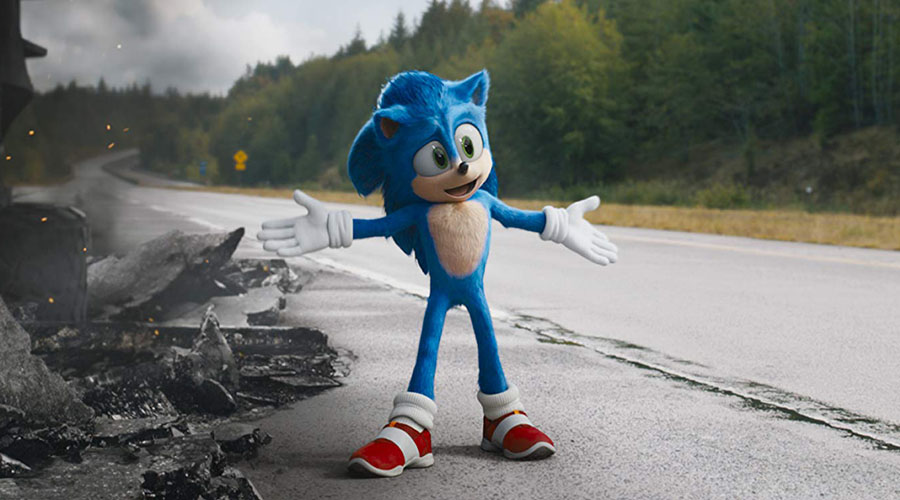 Where do you start with a film like Sonic the Hedgehog? Easy to dismiss as an indicator of Hollywood’s lack of original ideas or of capitalising on the ready numbers of an existing data base, in this case the fans of the video game, the movie actually has some things going for it.

For parents, it’s a profanity free romp with a very clear representation of good and a very comic book view of evil. The big baddie, Dr. Ivo Robotnik is played by Jim Carrey with a performance as manic and over the top as his glory days of The Mask and Ace Ventura. His handlebar moustache alone is worthy of recognition.

As an evil mastermind with an affinity for machines and a disdain for humans, Robotnik has a never ending supply of clever gadgets and imaginative tech. He hams it up wth an absolute overabundance of energy, while the CGI hero of the day, Sonic, voiced by Ben Schwartz (Parks and Recreation and House Of Lies) has a hate free wise crack for every occasion.

It’s a low calorie feast of mindless entertainment but it does have some heart buried deep in its DNA. Good guy human Tom Wachowski (James Marsden) deserves some mention as his earnest character does have some screen value as the small town sherif. It feels like someone in the chain of command actually cared about the end product and it shows.