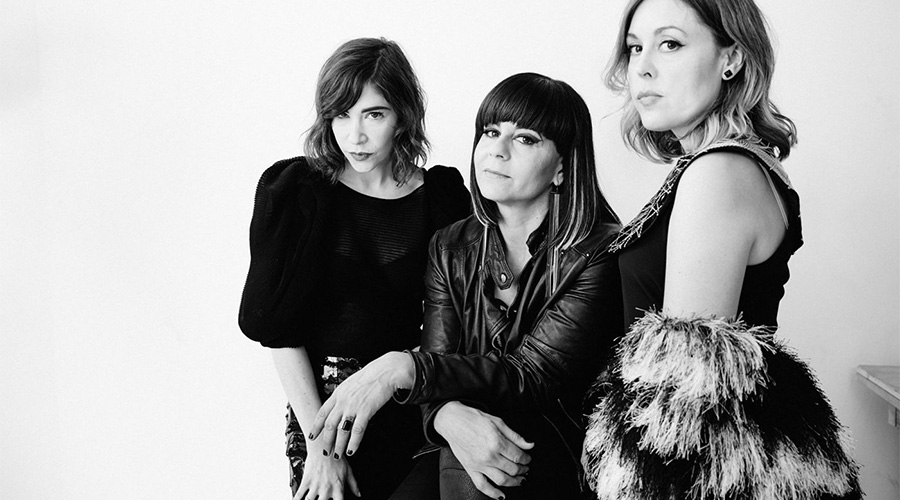 A lot has been made about the decade long break since the last album release by Sleater-Kinney.

That album, The Woods saw the band arrive at a point that veered close to a classic rock feel with its dense sound and almost prog nature. After that statement, band members Corin Tucker, Carrie Brownstein and Janet Weiss put the group on indefinite hiatus and then went on to pursue different individual and outside band projects and who can blame them? Being in a band can become a grind and steer you into a lifestyle that has more similarities than differences and it’s unique life experiences that often times fuel the most interesting songs.

At first listen the new album highlights the fact that no rust has formed on the band’s chops or abilities. The assertive and spiky all girl assault is intact and the emotion behind the tracks signals a renewed sense of vigour and social awareness. The vocal delivery is insistent and at times even channels Geddy Lee. It’s a return that makes one realise how much we have actually missed them. The world moves on but not that much.

Initial standout tracks include Fangless a song that starts things out in a rush with its Gang Of Four like syncopation, No Cities To Love with its inclusive chorus and Hey Darling with its tsunami of power chords. But then singling out individual tracks on an album this consistent does it a disservice. Every track is taunt and purposeful.

No Cities to Love is an album that will have legs in any collection as the more you play it the more it becomes a soundtrack to future endeavors. It definitely blows out the cobwebs created by most of the current radio fodder. Real voices, real guitars and real attitude.