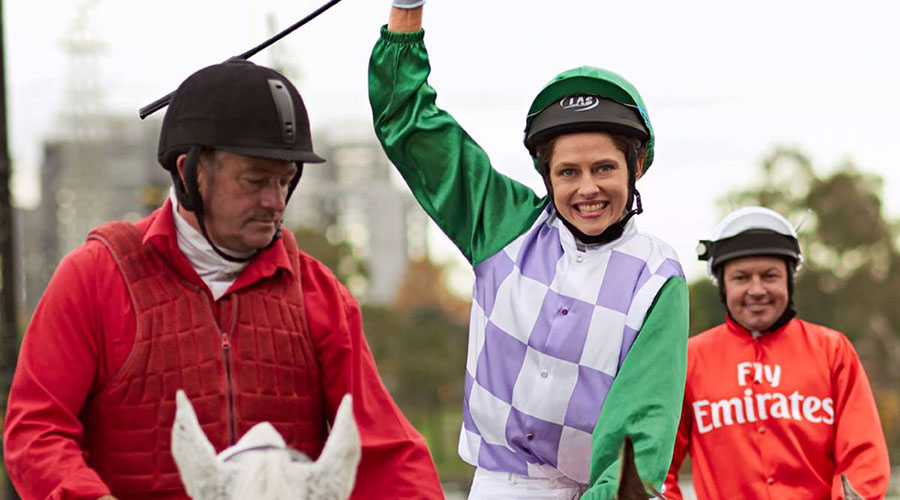 Well known Australian actor and first time feature length film director Rachel Griffiths shows as much talent behind the camera as in front of it with this assured production. Ride Like A Girl is a rousing tale based on the real life exploits of Michelle Payne, the first female jockey to win the Melbourne Cup.

Payne played by actress Teresa Palmer (Warm Bodies and Hacksaw Ridge) was the youngest of ten children born to father Paddy (Sam Neill) who ran a horse farm in Central Victoria. Her mother died in an auto accident when she was six months old and seven of her siblings also raced horses.

She had to overcome many injuries and the gender bias inherent in such a male dominated sport to rise to the top of her field. The film dramatises these circumstances with a somewhat light touch. This keeps the film from becoming too heavy and slowing down its narrative.

Griffiths and Cinematographer Martin McGrath do a good job of making a barbaric sport look majestic and both handle the racing scenes with skill. Even for those with no interest in the sport of horse racing, there is an accessibility. The story is presented as a feel good piece and the spirited finish is very emotionally satisfying.