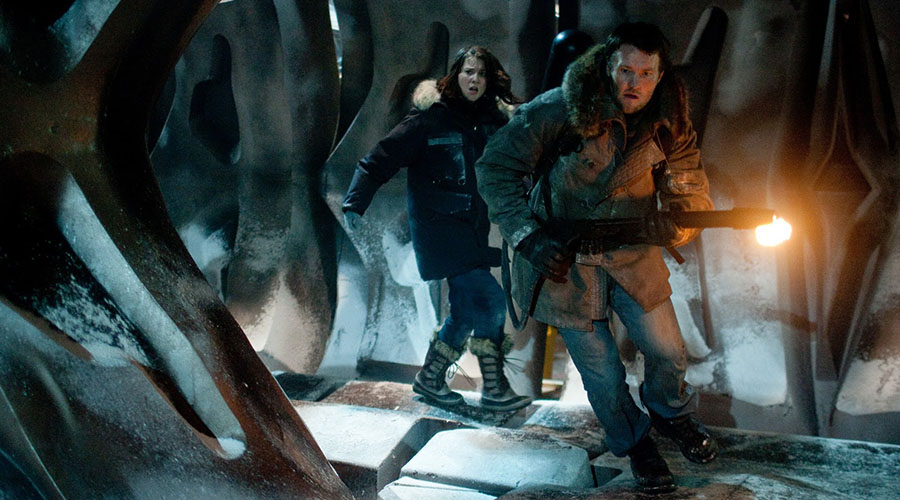 When John Carpenter’s The Thing was release back in 1982, it set new standards for make-up gore and frightening creature creations. This remake of Howard Hawk’s 1951 film, The Thing from Another World was also a lot of fun. When word came down the pipeline that there was going to be a 2011 version of The Thing by Dutch director Matthijs van Heijningen Jr. (Red Rain) the thought came to mind of what they could possibly add to the original and its first remake?

With huge advances in computer-generated graphics, the new version could have easily fallen into a rut of just looking good but be empty of fresh ideas, so it’s not surprising that this take is so uneven. The acting must be addressed first and it’s inconsistent to say the least. The film’s structure is also suspect by revelling the alien monster way too early in the proceedings and dissipating the sense of dread that both Carpenter and Hawks worked so effectively with.

What we are left with is a modern flick that sits rather uncomfortably with its somewhat low-fi look and up to date technology. The acting, which is a bit of a distraction, is less intrusive when the monsters take full flight and this transforms the experience into a decent contemporary science fiction thriller.

It’s best to remove the baggage of expectations and previous knowledge of the film’s gestation and what you get is good time trashy fun with some interesting new monster effects. It’s also best not to read too many reviews of this film because the end contains a twist that if known before the film’s conclusion seriously impacts its fun.