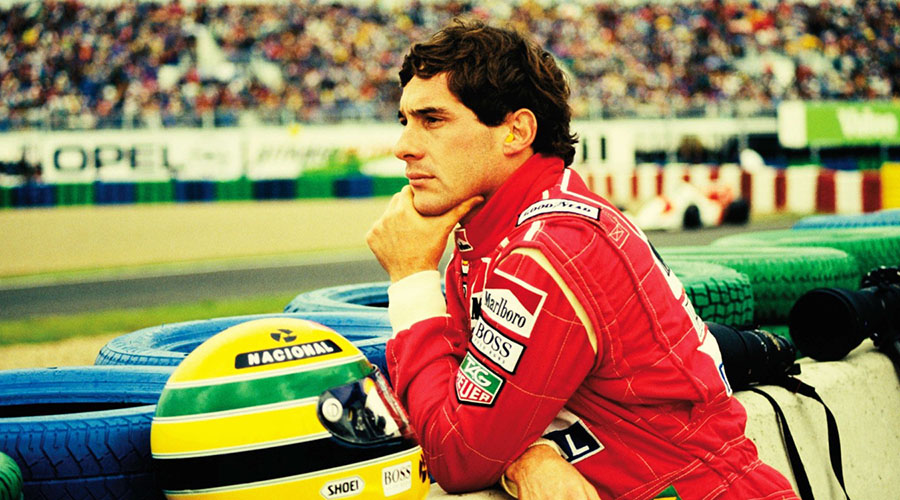 Few sportsmen have transcended their field of endeavour quite like the Brazilian motor-racing champion Ayrton Senna. His meteoric rise through one of the world’s most high profile sports and the tragic circumstance of his early demise has left a void in the sport of Formula 1 that has yet to be filled over sixteen years after his passing.

His career also ran parallel to the dawn of the new media age pertaining to live sport, so his life was very well documented visually, so well in fact that the film is built entirely from actual footage from his career, while a large part of the film’s dialogue comes from Senna himself.

It’s a masterful job of blending archival footage, spoken snippets from Ayrton himself and comments from some media experts that knew him well. There is also family footage that nicely places the focus on his life away from the track and some comical footage from a number of his Brazilian television appearances.

Senna’s racing career was littered with conflicts with members of the sport’s governing body as well as with fellow drivers as his win at all cost approach helped to redefine what was once a gentleman’s sport. Most of those conflicts paled in comparison to the battles he waged with Jean-Marie Balestre, the then head of the sport’s governing body and fellow driver Alain Prost. For dramatic purposes the filmmakers have placed the most focus on the dynamics between these three.

For those very familiar with the story of Ayrton Senna’s life, the film offers a few surprises and some previously unseen footage. It also provides a stark reminder of how much was lost with Senna’s passing but what the film really excels at is introducing the uninitiated to one of the world of sport’s most charismatic and inspiring individuals.