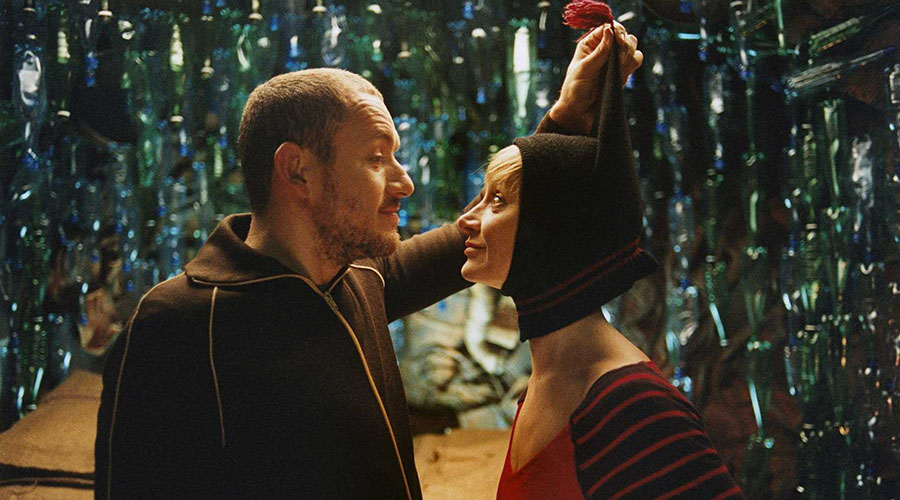 Those familiar with the works of Jean-Pierre Jeunet (Delicatessen, The City of Lost Children and Amélie) will have an idea of what to expect with Micmacs. His films celebrate a world of warm saturated colours, idiosyncratic behaviors and a core humanity that most humans could only strive for. With Micmacs, he once again creates a world that we would all like to inhabit if only for a few hours.

Jeunet’s films always have a political edge (even if it’s just personal politics) and an opinion about the state of play and in Micmacs; he has the weapons industry firmly in his sights. Our main character Bazil (Dany Boon) has had his life drastically affected by the tools of the arms trade and decides to fight back.

The humour in this film is of a very psychical nature and a reasonable starting point of description would be the works of Charlie Chaplin. The film’s star Boon has that rubbery effervescence as well. The structure of the film is built around an elaborate sting operation that keeps you guessing the entire time. You’ll have a wonderful time trying to second-guess the action on screen.

If your aim when going to the cinema is to get lost in a world so impossibly cool it could only happen on the silver screen, then don’t miss Micmacs. Even if reality based films are your priority, it is still possible to get swept up in Jeunet’s wonderful world.