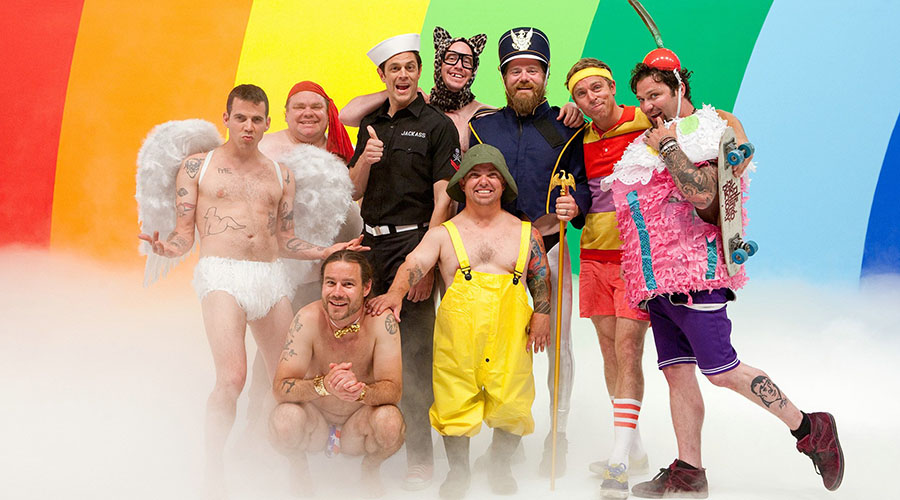 Just in time for the holidays, another round of my favourite form of regression therapy, the Jackass franchise and this time in the now almost obligatory 3D (for sequels at any rate). Now matter how much one simulates the facade of maturity, expose them to juvenile pranks such as this and the boy who laughs at the basest of humour comes out.

It almost becomes secondary weather the material warrants it or not, it’s just plain fun to be this kind of kid again. As for the now included 3D process, it makes the madness on screen even more nauseating and that’s no slight accomplishment. The stunts this time are no real revelation but the camaraderie all the players share is good to see. If the tabloids are to be believed, the members of this troupe have had some real problems adjusting to fame and there is still an encouraging level of friendship shown here. Having said that one must wonder what kind of friendship is really on offer here when they expose one of the gang to his worst phobia (throwing him in a pit of snakes when he suffers from ophidiophobia.)

The format is similar to the other two films as well as the television series but they have expanded the technology at their disposal and now use a super slow-mo to enhance the ripple of muscles and flesh when punching each other in the face and other more private areas. The 3D effect is also used effectively to enhance the level of disgust.

It’s not giving away much by saying that there will be more than a few moments where you will be holding back the urge to wretch and look away in revulsion. Any film that engenders a real reaction and not just one of boredom and familiarity is worth a spin at the local multiplex. It also provides a true test of your actual mental age and in that case, the younger the better.