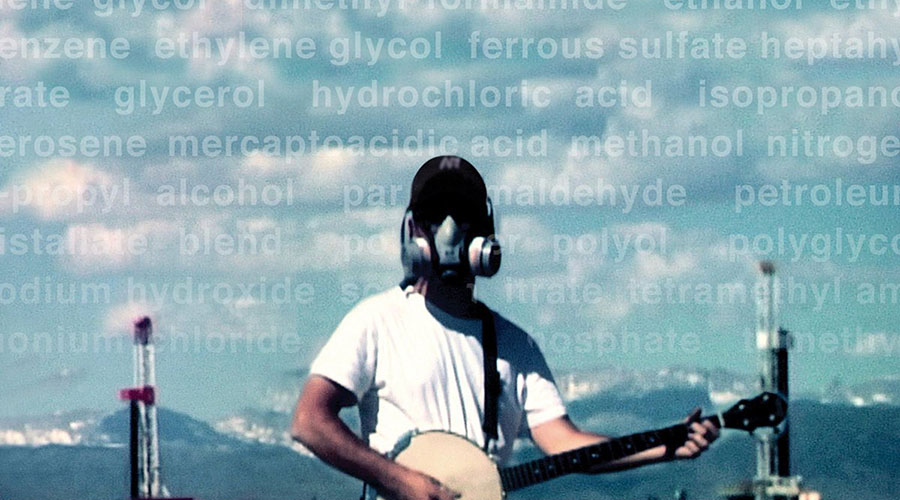 Now here is a film that makes for a truly scary cinema experience, one that is also quite topical if you live in Queensland (a state in Australia that is just starting an expanded gas exploration policy). It’s a documentary called Gasland. This confronting story examines the out of control practise of drilling for natural gas going on in quite a number of formally pristine states in America.

The process under scrutiny is called hydraulic fracturing and it involves pumping a concoction of highly carcinogenic chemicals into the ground in a process that helps free the natural gas. Almost all of the poor people that live around these sites are experiencing the horrors that go along with exposure to toxic wastes. This point is brought home most vividly by a number of homeowners who after years of fine well-sourced drinking water can now (post drilling) actually light their tap water on fire.

As is the case in many of these cautionary tales, the start of all these troubles leads back to basic greed and a US government willing to change long standing laws to accommodate the business interests of a few. In this case it appears to be ex-vice president Dick Chaney and that behemoth business Halliburton (of which he was a former CEO). That company appears to benefit the most by supplying the majority of the technology and equipment for the drilling process. It is also interesting that some of the rational for allowing this dangerous practise to take place is under the guise of helping to prevent domestic terrorism by reducing dependence on foreign oil.

As a story it’s quite depressing and filmmaker Josh Fox offers little in the way of solutions or even hope. His mostly humour-free style adds effectiveness to the story but makes for a bit of a tough slough. He also relies on poorly lit scenes with bad focusing to give it that believably non-corporate air. The film also lacks some basic science to give the story a more balanced view. But even with these shortcomings, it’s a film that all the residents of Queensland in particular and Australians in general should see.