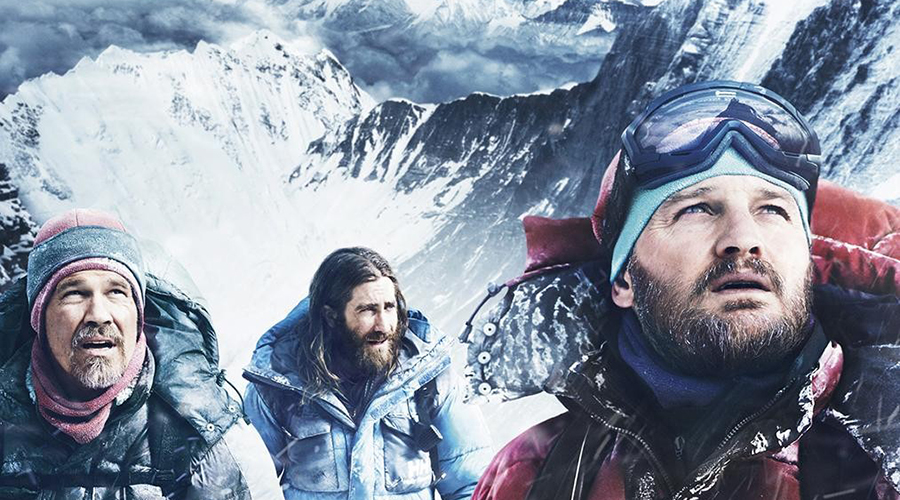 The events of the 1996 Mount Everest disaster that lead to the death of eight people has spawned a number of books as well as a previous film with contradictory views on what actually happened on those days in May 1996. The new film Everest provides an overview of those events while trying not to follow only one man’s view.

The film is incredible tense and from the first frame you feel the rising level of impending doom. Even for those that have little knowledge of the actual events of the disaster, the film fills you with that dark sense of foreboding. It frames the climbers (accurately or not) as a group of driven people with little regard for their own safety or the tons of rubbish that modern day mountain climbing leaves behind.

The film is big in almost every way, a big cast, a big adventure and a big mountain. With such a large and note worthy cast, you are only really given a brief insight into each character and the film’s structure is very much based on an ensemble approach. This gives the proceedings a forward momentum that isn’t distracted by too much individual examination. As events unfold you are given little respite from the horrors about to unfold.

There will be few if any films this year that will provide an experience as intense as Everest. There is an almost constant struggle in your mind while watching this film as to why anyone would risk so much to get to the top of Everest and by the time the film’s main protagonists actually reach the summit, you are so worn out from the tension it become increasingly difficult to fathom the appeal. Entertaining yes and mostly riveting but the draw of climbing peaks that massive remains elusive.