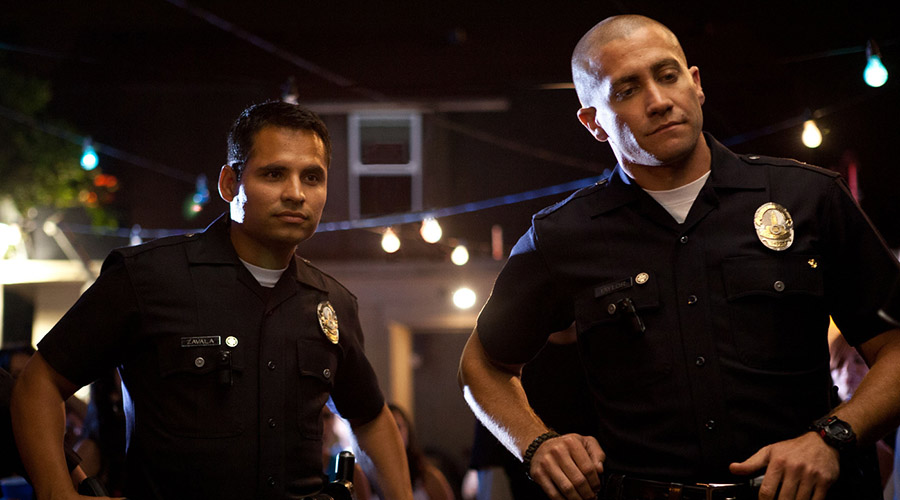 First things first, if you have seen the television show Southland, you have seen the blueprint for End Of Watch. Having said that this is a film that can stand on its own and its focus is much more on the relationship between its two main participants, Brian Taylor (Jake Gyllenhaal) and Mike Zavala (Michael Peña) than the ensemble piece that Southland is.

Taylor and Zavala are beat cops driving through some of Los Angeles’ meanest streets and the compression of action that they see in a single day, while it might be all artists license feels real and ominous. The film is shot with a lot of contradictory technologies from hand held (and jumpy) cameras to lapel cams to fixed position shots. Its quasi-documentary style feeds into this sense of heightened reality.

Like many tales that have come before, those that go into battle become alpha males regardless of gender and both men and women in this film become warriors. Their cavalier attitude towards death would seem to be something only those that truly experience it can understand but for the benefit of us on the sidelines, it all seems very death defying.

The bad guys on offer have big guns and even bigger bad attitudes and the often times claustrophobic nature of the film builds the tension and sense of dread to catastrophic levels. The films structure of camaraderie and chaos also helps to create this contradiction. This is effective film making and small critiques aside, the end results will keep you on the edge of your seat and engaged.