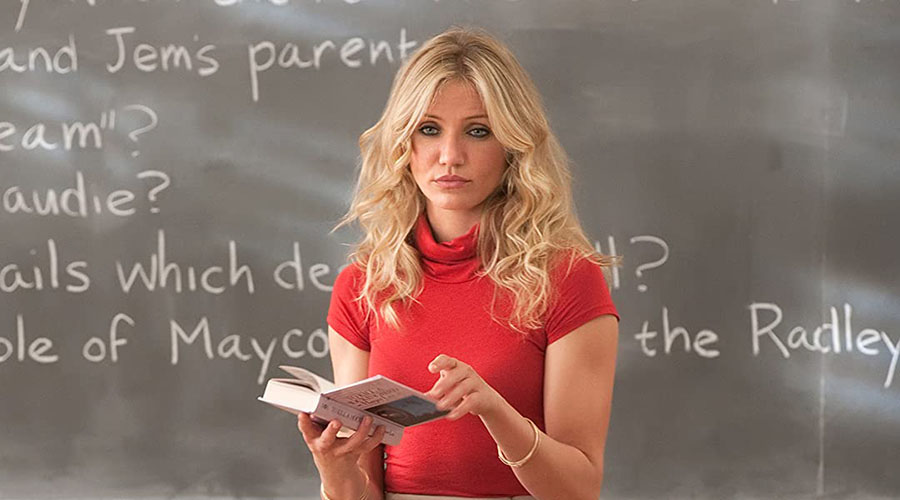 When is bad taste good? When it’s good fun. Cameron Diaz blows the goodie two shoes persona she’s created for herself out of the water with a brave and funny performance as Elizabeth Halsey, a high school teacher who smokes, drinks and drugs her way through the daily grind of impressing upon youthful minds. Justin Timberlake also gets in on the transitional fun with a very unsympathetic role as fellow teacher Scott Delacorte.

The plot line revolves around Diaz getting dumped by her rich fiancé and being forced to continue with the teaching gig, a job she is almost completely unsuited to. She thinks a set of new boobs will help her to snare a new rich man and spends the rest of the film trying to scam, cajole and out right steal the money to pay for the procedure. It’s a simple story line that doesn’t get in the way of all the bad taste gags.

The only real complaint with the film is that is doesn’t go far enough, as there are times the film’s story line is dragged down a bit by portraying Diaz as having to have redeeming characteristics. It’s an unnecessary move are we are already in love with her rude, crude and entertaining behaviour.

The list of amusing anti-hero films has just grown by one and it’s a female driven device to boot. It’s uncouth, vulgar and offensive (just like I remember high school) and comfortably sits alongside its comic sibling, Bad Santa.