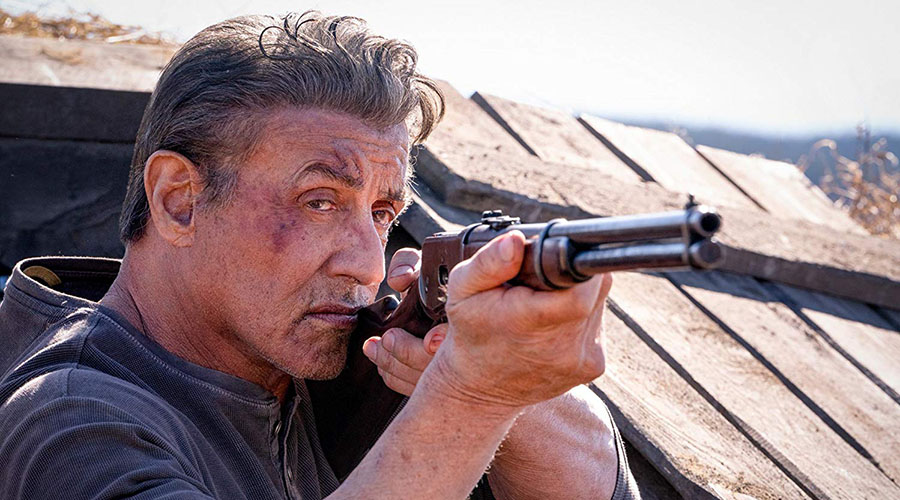 We catch up with John James Rambo living out in the country on his father’s farm. He shares the space with his niece Gabrielle (Yvette Monreal) and Maria (Adriana Barraza) who ran the farm for his father. Theirs is an idyllic setting but John still carries the scars from the war and mostly lives in the caves underneath the farm.

When Gabrielle travels to Mexico to find the father that ran out on her when she was young, she gets caught up in the sex trade and it is Rambo to the rescue. This part of the film is uneven and some strange decisions are made. It introduces some characters then they just disappear, Paz Vega as the lady journalist Carmen Delgado being a prime example while others are under-utilised.

Aficionados of all out carnage might feel a bit short changed as the ratio of back story to body count is tilted to the former and not the later. The final resolve is action packed and has some inventive and gratuitous violence but some of the impact is blunted by the dark and low resolution setting. It ends up playing out like Home Alone, but for adults and with fatalities.