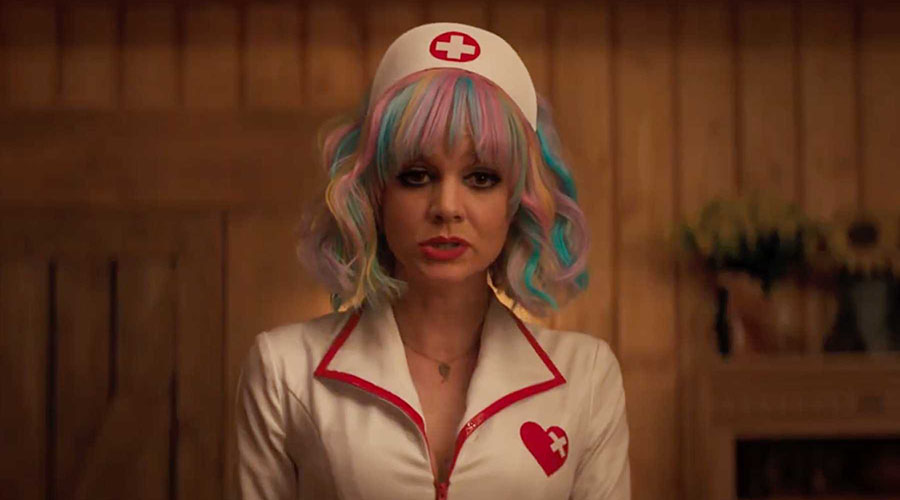 Not for the faint-hearted, Promising Young Woman succeeds at pushing its audience into uncomfortable places. Even without a single moment of gratuitous bloodshed (not counting the effects of a jelly doughnut), it is shocking with just the insinuation of violence. It is also a heartbreaking example of the caustic effects of grief.

Carey Mulligan is amazing as Cassandra, a young woman who has yet to recover from a devastating tragedy, an event that has altered the direction of her life forever. The mastery of understated nuance and comic timing is impeccable. You feel for her and mid-film when you experience the easing of her darkness, you rejoice.

This only adds to your horror are the vehicle of her release proves to be complicit in the event that set the misery into motion. It is a truly awful moment. Writer/director Emerald Fennell never lets up and soon delivers an even more appalling moment before the final resolution that will surely split vast members of the audience.

There is an overabundance of films that entertain but then they fade from memory at a rapid pace, Promising Young Woman is not one of those. By not overwhelming your reception of the film with off-putting and graphic violence, it reduces the distance from your life to Cassandra’s. It is this well-earned connection that makes the work so memorable.